The right to be forgotten

IDEASUNO MagazineThe right to be forgotten

Although the expression right to be forgotten is more often used in the media, there is no express mention to this supposed right in our regulations. The right to be forgotten basically refers to the aspiration of removing from the networks information that, being true, is no longer interesting for the general public.

The European Commission has included for the first time this right in its draft regulation on data protection, but in Spain there is no legislation on that subject yet. The regulation of this right will be, in any case, extremely complex. And this is because the legal precision in favor of the right to be forgotten must be carefully weigh to preserve other fundamental rights of democratic societies, such us the right to information, the freedom of expression or the right to the freedom to conduct a business. These rights cannot be limited or cut in an unfair way and must be the fundamental axis during the discussion on the regulation of the right to be forgotten.

The alleged right to be forgotten could potentially collude with the right to information and the freedom of expression. These rights, which are covered by the public interest, are present, for instance, in the case of reprieves, punitive administrative resolutions or publications spread through sources of public access such us the official gazettes. Those answer to legal requirements (the one that requires the publication of the reprieves in official gazettes goes back to the 18th of June 1870, but it is still in force), that is why it shouldn’t pose a threat to the right on honor or privacy, although they can suppose a disrepute or affect to the reputation of the person involved. 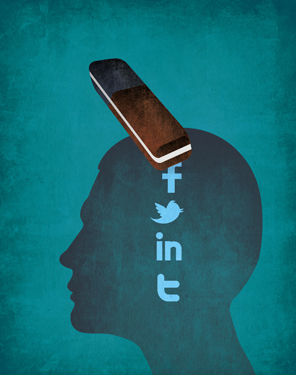 At least in the case of reprieves, there are other requirements. These acts are characterized by their exceptional nature, because they are conceived as a grace of the Government, which is why it is widely justified that they have to be transparent and well-known by the citizens. Another extremely complex scenario is the one related to the contents of the criminal procedure, because it could be interpreted that, after a specified period of time there is no general interest, and therefore they would not be covered by the right to information.

Although the right to be forgotten has not been regulated nor recognized as a substantive law, certain complaints against Internet search engines require its protection through data privacy. These complaints have come to court, intensifying in a significant way the social interest for this matter. The 27th of February 2012, the Spanish National High Court referred to the Court of Justice of the European Union (CJEU) a preliminary ruling in the framework of a proceeding, which brought face to face an individual and an Internet search engine. The Audiencia requested to the Court of Luxembourg to clarify to what extent the EU Data Protection Directive allows to accept complaints from individuals that want to remove certain information about them.

The High Court specially requests to the CJEU to decide whether or not the cancelation and opposition rights described by Articles 12.b and 14.a of the Directive 95/46/CE, as they are described in the current regulation, allow the person concerned to request to search engines the removal and de-indexation of information because it can harm the person or, simply, because he has required it, although the information has been lawfully published by third parties. The National High Court asks unequivocally to the Court of Justice whether these rights allow to give right of appeal to a person which knows that it is linked to facts without relevance, but, when typing his name and family name on the Internet search engines, still appears in directories of links that lead to the websites that host this irrelevant information.

To understand the complexity of this subject, it is necessary to understand how a search engine works and the legal status applied to it. A search engine is a complex mechanism which searches websites and has as main feature: it is automatic; its functioning is purely technologic. Search engines only reflect information published on websites of third parties (which are their real holders); that means that they do not publish the information, nor can remove it or eliminate it, but they simply index and show the information published on the websites.

At this point, it must be remembered that the Article 15 of the Directive on E-commerce prohibits to the Member States to impose to Internet intermediaries, “such as the search engines”, a general obligation in order to make them supervise the data they transmit or store or to actively search facts or circumstances that indicate illegal activities.

In addition to this, it might contravene the case law of the Court of Justice of the European Union (here referred as “CJEU”) with regards to the aforementioned Article 15. In the judgment of November 24 of 2011, in the case C-70/10 SCARLET/SABAM, the CJEU has solved a preliminary ruling referred by the Brussels Court of Appeal on the interpretation, between other provisions, of the Article 15 of the Directive. Thus, the CJEU states that Article 15 of the Directive 2000/31 prohibits to the national authorities to adopt measures that oblige to a general supervision of the data transmitted in their network. It also states that any injunction mandating the establishment of a filtering system that obliges to perform an active supervision of the whole data would be against the aforementioned Article 15. Additionally, the aforementioned judgment determines that those filtering measures would imply a substantial infringement of the freedom to conduct a business, because it will oblige to establish a complex, burdensome, permanent and exclusively to their own expenses.

Until the preliminary ruling referred to the CJEU is solved, and the concept of the right to “be forgotten” is delimited “or at least, the legal interest that it protects is delimited”, both the protection of this potential right, and the possibilities of success of the action for damages, reflect a considerable legal uncertainty. 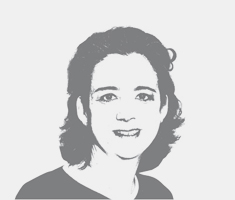 Carolina Pina
Department of Industrial and Intellectual Property at Garrigues
Pina has a law degree from the University of Alicante, a master’s degree in international law and comparative law from City of London Polytechnic and a postgraduate degree in management of public affairs from ICADE. She also holds the title of Industrial Property Agent. Since 1997, Pina has worked at the Department of Industrial and Intellectual Property at Garrigues, where she has been a partner since 2005. She was awarded the UIA Prix Monique International Prize (Union International des Avocats) in 2009 and has written numerous books about media and sports rights. She has been listed in the rankings of Legal 500 and Chambers in the categories of Intellectual Property, Brands, Sports, Information Technology and Media. [Spain]