A Huge Leap Forward in Energy and Digital Transformation

Europe produced a strong response to the COVID-19 pandemic and has thus emerged as a stronger union to tackle the challenges posed by today’s world, including those that stem from the Russian invasion of Ukraine and rising energy prices.

In July 2020, the European Union took another step forward and created Next Generation EU – a Europe-wide fiscal support instrument worth 5% of EU GDP. This step was taken intelligently and courageously, incentivizing the greatest structural transformation of the European economy we have ever seen and guaranteeing a high level of investment aimed at accelerating the green and digital transition. The EU has now become the world’s largest issuer of green bonds. The fund, which has been allocated 750 billion euros (at 2018 prices,) is centered around the Recovery and Resilience Facility aimed at financing the investments and reforms agreed upon by Member States through subsidies and loans. The goal is to offset the pandemic’s impact and ensure that European societies and economies are more sustainable and resilient, as well as better prepared for the challenges and opportunities provided by the ecological and digital transitions.

Spain has passed a Climate Change and Energy Transition Law that establishes the goal of climate neutrality by 2050, including a 100% renewable electricity system.

Spain’s Recovery, Transformation, and Resilience Plan was approved by the European Council in July 2021 and allocated non-refundable subsidies to the value of 69.51 billion euros, almost 6% of Spanish GDP in 2019. Spain expects to invest 27.8 billion euros in the climate transition between now and 2026, with significant investments in energy efficiency, sustainable transport, renewable energy, biodiversity conservation, and water and waste management. Spain has approved a Climate Change and Energy Transition Act that defines a legally binding climate neutrality target for 2050, including a 100% renewable electricity system.

In terms of digital issues, 19.5 billion euros of investments are intended for the digitalization of the public administration, digital skills and digital inclusion, the digitalization of industry, artificial intelligence, cyber-security, and connectivity. The plan will also invest in economic and social resilience in the country aimed at reducing the high unemployment rate (especially among young people,) reducing the high proportion of workers on temporary contracts and putting a stop to low productivity growth. The plan will therefore invest in promoting effective and inclusive education systems to lower the school drop-out rate. Substantial investments will be made to improve worker skills and modernize the professional training and education system.

Investments worth €19.5 billion are expected in digitalization.

The plan tackles the specific recommendations issued to Spain by the Council in 2019 and 2020, which include the need to improve performance by the labor market, lower the school drop-out rate, increase the capacity for innovation, and make public spending more efficient and sustainable. Some experts believe that the impact on the economy from the promised reforms could clearly be greater than the initial investments made.

The Recovery and Resilience Facility introduces target-based financing, which requires transparency and accountability in the use of its financing. The Council Implementing Decision defines a list of 416 milestones and targets that Spain must meet in order to receive the agreed financing in a series of eight disbursements scheduled between now and 2026. These milestones and targets will enable us to monitor progress made by the reforms and investments. They are clear, realistic, and provide the authorities, civil society, and legislators with information on the goals for the investments and results. In short, the instrument offers a results-based financing framework that enriches the public finance system by encouraging ex-ante assessments of spending programs, the definition of performance indicators, ex-post assessments, and spending reviews on main programs. The Spanish plan mostly adapts this results-based financing philosophy by including measures to make public spending more efficient and sustainable. The spending reviews will help improve the quality and efficiency of Spanish public spending, which will enable it to be steered toward faster growth and spending that is more environmentally friendly.

For the plan to succeed, it will need to be implemented correctly by all tiers of government. The legislative powers also have an important role to play by approving a large number of laws that appear as reforms in the plan. Civil society and the private sector will also need to get involved. Private investment contributions will make the plan distinctly transformational in nature. The Commission believes that, to finance the transition to net zero emissions, the EU needs to invest around 390 billion euros every year between now and 2030, far above what public investment alone can achieve. Private financing is needed to close that gap. Furthermore, the private sector can improve the regulatory framework by taking part in public consultations and providing feedback on how these frameworks are actualized.

Effective implementation of this plan will enable Spain to make an extraordinary leap forward on the path to energy and digital transformation, improving its human capital as well as its social and economic development. The opportunity to transform exists, the instruments are in place, and the targets have been set. The Russian invasion of Ukraine does nothing more than strengthen the need to implement NGEU and accelerate the green and digital transitions in Europe.

The European Commission will undoubtedly lend its support to Spain on this path to economic recovery and transformation. 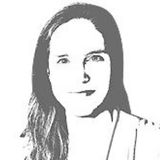 Paz Guzmán Caso de los Cobos
Councilor for the Economy in the Representation of the European Commission and a member of the Recovery and Resilience Task Force.
She is an expert in public policy and economic development, with more than 20 years of experience in the public, private, and non-profit sectors. Since September 2015, she has been Councilor for the Economy of the European Commission Representation in Spain, and a member of the Recovery and Resilience Task Force. Before that, she worked at the Directorate-General for Economic and Financial Affairs of the European Commission and as a development economist for MIT (J-PAL,) Belgian Development Cooperation, and the European Commission. She also holds a Master’s Degree in Public Administration from Harvard. She took international economics courses at a post-graduate level at Université Libre de Bruxelles and has a degree in Business Administration from the Autonomous University of Madrid.