“Everyone has a plan until they get punched in the mouth.” This famous quote by Mike Tyson would seem to echo through these times of uncertainty and external threats. COVID-19 trampled the global economy and sent shock waves through the world’s value chains, economic policies, commodity prices, and more. It was a blow to supply and demand that few managed to avoid. The world responded with fiscal stimuli (in those countries able to do so,) an expansive monetary policy and aid packages, bringing long-term consequences that have yet to be felt.

A number of economies went on to post growth once we got over the worst of the health emergency, although none bounced back to pre-pandemic levels. However, uncertainty reared its ugly face once again at the end of 2021 following the outbreak of new variants. A brief glimpse of recovery faltered in early 2022 due to the economic effects of the Russian invasion of Ukraine. That long-awaited recovery, although still visible on the horizon, will not be achieved without resilience in the plans drawn up by the world’s nations, companies, and governments. Meanwhile, that ever-elusive growth will need to be based on solid foundations to prevent a future collapse.

We can’t expect different results from doing the same thing, and far less so in such shifting environments as the ones we have today. Ecuador is a country that has sent the wrong signals to the world for a long time: investment was kept at arm’s length, threats were made to defaults on debts, and some debts were not repaid. A different scenario is being created today that is aimed at recovering national and international credibility, as well as building a framework capable of opening the door to economic and financial transformation.

The Central Bank of Ecuador expects investment to increase 4.9% in 2022 driven by a greater injection of capital in the oil and mining sectors.

From an economic perspective, given Ecuador’s restrictions on monetary policy (the US Dollar is the official currency, so printing money to stimulate the economy is impossible,) four factors are currently boosting the economic recovery in Ecuador in 2022: credit trends, oil prices, access to external financing, and the attraction of investments.

The Role of Credit in the Recovery

The revitalization of credit in 2021, which accelerated once economic activities were able to resume, is one of the main reasons for the improved economic performance in 2021 and the expectations for this year. More than 6.9 million new credit operations were paid out by private banks between January and December 2021: 13% more than in 2020 (790,000 additional operations.)

In this period, the banking sector placed 25.55 billion dollars into new credit, which represents a 9% increase from 2020 (an additional 2.12 billion,) according to official figures. These numbers reveal the support provided by the banking sector to the country in its recovery process. Issuing new loans to productive sectors and Ecuadorian households has helped maintain and expand businesses, create more jobs, boost productivity, and drive the economic recovery. Furthermore, seven out of ten dollars in the new loans issued between January and December 2021 were given to productive sectors (micro-credits, housing, companies, and SMEs.)

In the first two months of 2022, new loans grew at a pace of 21% per annum and micro-credits are the fastest growing category of loans, with a 50% increase. Two years on from the start of the pandemic, the banking sector in Ecuador is sound and continues to support the recovery process by issuing loans, which has helped the recovery of production, job creation, and the reactivation of consumption in the country.

Ecuador closed February 2022 with an annual inflation rate of 2.71%, while Peru closed at 6.1% and Colombia at 8%, the highest in the last five years.

Oil prices are expected to continue rising due to recent events in Ukraine, with the barrel remaining above 100 dollars. This is a double-edged sword for Ecuador. On the one hand, it means more revenue for the State Budget. On the other hand, higher prices for oil derivatives and other products are guaranteed by this situation. Ecuador closed February 2022 with annual inflation at 2.71%, while inflation in Peru stood at 6.1% and Colombia at 8%, the highest figure in the last five-year period. The country needs to take advantage of the oil price situation while anticipating a steady energy transition to renewables.

The option of returning to international markets through bond issues means that the country has an opportunity to attract additional sources of funding to finance works and projects. The last time that Ecuador issued sovereign bonds was in September 2019. The approval of regulatory changes on taxation, investment, and employment, as well as compliance with the agreement reached with the IMF and the reforms put in place, suggest a favorable scenario for returning to the markets, potentially in 2023.

The Central Bank of Ecuador expects investment to increase by 4.9% in 2022, boosted by a larger injection of capital into the oil and mining sectors. To achieve that, various mechanisms are being proposed to strengthen investment, which accounted for only 1.1% of GDP in the second quarter of 2021.

The Assembly is expected to approve a project to attract investment that seeks to reform the Public-Private Partnerships Act, improve the regulatory framework for duty-free zones, and revitalize the stock market. Another strategy to attract investment is to reduce the tax on the Remittance of Currencies from 5% to 4%. Opening up further private investment in the oil sector is another goal. The delegation of participation agreements is expected to help achieve this goal, in which private companies would invest in exchange for receiving a percentage of any oil production.

This impact is also reflected in higher import prices for raw farming material, mainly supplies and fertilizers, given that 38% of these products were imported from Russia in 2021.

Finally, Ecuador is looking to finalize 10 treaties with strategic markets. The closest to be signed is an agreement with Mexico to form part of the Pacific Alliance in 2022.

Despite these four favorable factors, Ecuador has some major challenges to navigate in 2022. Internally, it is imperative that the agreements needed for national governability are reached. Externally, the greatest challenge lies in the impact from a war that has consequences globally. For Ecuador, that impact translates to fewer banana, shrimp, flower, fish, and coffee exports, which amounted to 1.13 billion dollars in the affected area in 2021 (Russia, Ukraine, Armenia, Kazakhstan, and Kyrgyzstan.) This impact is also reflected in higher import prices for raw farming material, mainly supplies and fertilizers, given that 38% of these products were imported from Russia in 2021. Following the appreciation of the dollar, the country will also be less competitive in international markets.

Like many others, the Ecuadorian economy will need to be prepared to navigate various obstacles along this uncertain path and, despite showing good prospects, to seek alternatives within a shifting environment. 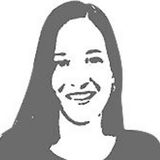