A little over two years ago, Spanish society was forced to deal with a challenge of unprecedented scope in its recent history. The COVID-19 pandemic hit us hard, took tens of thousands of lives and, for a large part of the population, stopped their personal and professional plans in their tracks.

No living generation in Spain had faced a situation like this before. However, we successfully overcame the challenge through responsibility and laudable solidarity. It was possible because we acted together and were aware that crises evoke both risk and an opportunity to do things differently; to do things better.

Our experience from the previous decade had shown us it could be done. Spain came into 2020 having already passed through a gauntlet that began in 2008 following the collapse of the financial sector worldwide. Two years later, in 2010, uncertainty led to sky-rocketing costs for public borrowing, and, for the first time, the sustainability of the Euro was called into question.

In both cases, Spain was one of the countries punished hardest by an economic storm that destroyed millions of jobs and hundreds of thousands of companies. Since then, we have embarked on a long and difficult path of sacrifice and sound judgement.  On this journey we learned a valuable lesson: we are stronger together. Coming together equals progress.

It would be naïve to think that only governments are responsible for our emergence from that crisis when collaboration, dialogue, and a willingness to reach agreements capable of leading to improvements for the common good were pillars to recovery. The best example can be found in the agreements reached between social stakeholders that allowed jobs and companies to be saved and eventually became key to Spain recovering the confidence of its European neighbors.

The pandemic reaffirmed our dedication to dialogue, coordination, and, above all, the transformational capability of public-private partnership. While the response from Spanish civil society was exemplary from day one, companies exercised their own responsibility by stepping up to find points of consensus with the public authorities and focus their pursuit of solidarity on serving the people. The CEOE Foundation knew the task it faced and rose to the challenge of channeling that corporate solidarity and the various tiers of government.

To that end, in March 2020, we activated the ‘Empresas Que Ayudan’ program and then the ‘Sumamos. Salud+Economía’ Plan, two cornerstones on which we built a channel to help all the initiatives being promoted by companies, self-employed professionals, SMEs, and large companies reach society.

These efforts were comprised of firstly, bringing material and economic aid to those most in need during the worst months of the lockdown and, subsequently, by providing support for testing and vaccination.

European funds for recovery have become the keystone for the transformation of our economy for the EU and especially for Spain.

More than 25,000 companies were mobilized under the ‘Sumamos’ Plan alone, directly benefiting over one million people. This would not have been possible without the partnership agreements reached with Central Government and 14 regional government authorities accounting for 95% of the Spanish population.

In the same way that I said the crisis brings both risks and opportunities, this pandemic also led to an unprecedented European response. For the EU, and Spain especially, European recovery funds have become the cornerstone for transforming our economy. We are no longer talking about getting over an economic speed bump but rather propelling the economy into the future we want; more technological, more sustainable, more inclusive, and more productive, so that the jobs we create have more added value. Once again, this distribution of funds is accompanied by public-private partnership for implementation. Our country thus has 150 billion euros to shape its future due to a joint effort by public authorities and companies. This partnership should be strengthened for everyone’s best interests.

Spain has 150,000 million euros at its disposal to shape its future based on the joint work of administrations and companies. It is worthwhile to strengthen this form of cooperation for the benefit of all.

Meanwhile, we cannot ignore the tragic invasion of Ukraine by Russia. With that in mind, the CEOE Foundation has reactivated the same public-private partnership model in order to respond to the humanitarian emergency caused by the war in Ukraine.

Spain wants to help the thousands of displaced families who are reaching our borders, and companies have an important role to play in this effort. However, it is not a matter of merely acting in response to social and humanitarian emergency situations. It is a question of doing more. Civil society wants to lead its own process of change, of transformation. The future of our country requires the attraction and retention of talent, as well as skill improvement for the unemployed so they can find quality jobs. These are goals that can only be achieved with the support of companies, which will in turn lead to a boost in competitiveness for the Spanish economy and the prosperity of millions of businesses.

Returning to my initial point; as we learned from the financial crisis, as the pandemic reminded us, and as recently confirmed by the war in Ukraine, teamwork is essential. We can overcome anything we may face and achieve lofty goals when projects are undertaken through dialogue and listening to everyone concerned, because the sum of our good will is multiplied by the people of Spain. 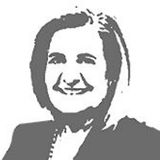 Fátima Bañez
Chair of the CEOE Foundation and former Spanish Minister for Employment and Social Security.
She was Minister for Employment and Social Security in the Government of Spain from December 2011 to June 2018; Acting Minister for Health, Social Services and Equality from August to November 2016; Member of Parliament for Huelva in the Lower House of Parliament (2000-2019); Chair of the Foreign Affairs Committee of the Lower House (2018-2019); Member of the Board of Directors of Radio Televisión de Andalucía (1997-2000); and Chair of the CEOE Foundation and Independent Director of Laboratorios Rovi. She is an active member of a number of associations and NGOs, including Women Action Sustainability (WAS,) which aims to boost the commitment of companies, institutions, and society to sustainability.