Convergence as a goal for the recovery, transformation and resilience plan

IDEASUNO MagazineConvergence as a goal for the recovery, transformation and resilience plan

The COVID-19 pandemic has once again highlighted several structural weaknesses in the Spanish economy. As shown in Graph 1 below, the gap between Spain and the United States and the most advanced EU countries (E8) in terms of GDP per person of working age has remained relatively stable over the last four decades (almost 40 points off the USA and a little under half that of the E8,) with fluctuations tied to these economies’ normal cycling. When in recession, Spain quickly loses the ground it makes toward convergence in periods of expansion.

The pandemic has highlighted some of the structural weaknesses of the Spanish economy. Spain quickly loses in recessions all that it gains in convergence during expansions.

Following the Great Recession and the sovereign debt crisis, Spain entered a new stage of convergence in which it reduced its per capita income gap with the USA by 7 percentage points and by almost five points with the E8. This was a better level in relative terms than 2007 (during the previous period of expansion.) However the COVID-19 crisis hit Spain harder than the advanced economies being used here as a reference.

Graph 1: GDP per person of working age, 1950-2022. Source: prepared by the author based on OECD and European Commission data. The E8 includes Germany, Austria, Belgium, Denmark, Finland, Netherlands, Sweden and the United Kingdom.

The success of the PRTR will depend on the right investments being made, the ambition applied to the reforms that will be approved, and the implementation schedule for those reforms.

The Recovery, Transformation, and Resilience Plan (PRTR) that was approved in 2021 represents an unprecedented opportunity to boost the convergence process in the Spanish economy beyond its normal cyclical fluctuation. The challenge is enormous for several reasons. The first reason is that, before a full recovery from the pandemic could be achieved, the risk of another crisis stemming from the Russian invasion of Ukraine has emerged. The second is because this convergence process with the more advanced economies must be resumed amid a digital disruption and energy transition process aimed at building economies with neutral greenhouse gas emissions.

The third reason is that the gap in GDP per person of working age can be explained by higher unemployment and lower structural productivity in Spain when compared with the USA and the E8. The latter two reasons explain why the PRTR is aimed at investments that will enable achievement of the digital and environmental targets, and why it is accompanied by conditions that force Spain to adopt a far-reaching series of structural reforms with 30 components.

The success of the PRTR will depend on the right investments being made, the ambition applied to the reforms that will be approved, and the implementation schedule for those reforms. Based on the complex nature of the plan as it was revealed in 2021, the calls for funding applications, the statements of interest, and the Strategic Projects for Economic Recovery and Transformation (PERTEs,) along with their uptake and implementation have been slower than expected at the end of 2020 in the General State Budget.

Not enough information is currently available to estimate what percentage of these European funds were able to enter the real economy nor is it possible to precisely quantify how much of the 5.1% GDP growth in 2021 can be attributed to the plan. The highly cautious preliminary estimates suggest that its impact would be less than half of one point of growth in 2021. Therefore, the vast majority of implementation and impact from the plan will be concentrated in 2022 and beyond.

An ex-ante evaluation of the effects from PRTR investments using simulations in macroeconomic models (see Boscá et al., 2021) suggested that they could eventually contribute a 3% increase in GDP in 2025. This is based on a scenario where Spain is able to execute all the grants potentially available and 50% of the loans. An ex-post evaluation of the effects from these investments once they have been made will be more revealing.

Execution will not only depend on the design of the investment projects. The demand from businesses owners and households will also be a decisive factor for many of them, in which leverage from private investment is expected. As we have seen throughout 2021, the existence of production bottlenecks, restrictions in global production chains, and increased stress in the labor market (with sectors and occupations in which the number of available vacancies is increasing vis-à-vis unemployment,) can be expected to impact economic growth. These factors are exacerbated by current inflationary pressures and the energy and raw materials crisis, which could give rise to execution delays, calls for funding applications to be repeated so that demand can meet the offer of available funds, or to the overseas filtration of part of the investments, leading to a lesser impact on GDP owing to increased imports.

The impact on the potential for long-term growth by the Spanish economy will depend on the transformative nature of the investments and their interaction with the structural reforms. It will depend especially on the extent to which they can increase the quantity and quality of jobs and improve productivity. For example, a series of reforms that permanently raises employment by 10 points in this decade (the average unemployment rate in Spain was 16.9% from 1980 to 2019, pre-pandemic, compared with 6.7% in the E8) would enable the GDP per person of working age to rise by 12.4 points in the long term. However, the current labor market reform of 2021 has not been ambitious enough to solve its structural problems and shift toward greater flexicurity, as in the case of countries in central and northern Europe. It remains to be seen whether other measures from the PRTR, active labor market policies, or human capital improvements can accelerate and consolidate both convergence in the Spanish rate of employment with more advanced economies and its rate of productivity. 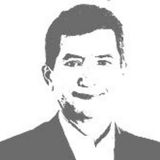 Rafael Doménech
Head of Economic Analysis at BBVA Research and Professor of the Fundamentals of Economic Analysis at Valencia University.
He has been Chief of Staff at the Prime Minister’s Economic Office, Director of the Institute for International Economy, a member of the Consultative Board of Valencia University, and associate researcher at the OECD, the European Commission, the Ministry of Economy, and Finance and the Rafael del Pino Foundation. He is an honorary member of the Spanish Economic Association, an advisory member of the MasHumano Foundation, a member of the Advisory Board of the EY - Sagardoy Talento e Innovación Institute, and Director of the Global Economic Observatory of the School of Industrial Organization.