Latin America In A Post-COVID World

Latin America was one of the regions hit hardest by the pandemic. The region accumulated the highest number of deaths associated with COVID-19, with Peru heading up the unfortunate list at a global level, with a rate of close to 6,400 deaths per million inhabitants. At an economic level, Latin America was also the region hardest hit, with a recorded fall in economic activity of 6.9% in 2020. The pharmacological measures introduced to combat the pandemic, such as quarantines and mobility restrictions, had a devastating effect on the economy of the region, characterized by a high level of labor informality and an insufficient social protection network.

Chile and Colombia recorded higher levels of economic activity by the end of 2021 than before the pandemic, of 4.9% and 2.8%, respectively

The region experienced a major economic recovery in 2021 as a result of the vaccination campaigns in various countries that led to resuming a level of activity similar to before the pandemic in certain sectors. However, the normalization of economic activity is far from complete and there are significant differences between countries. Chile and Colombia, for example, recorded higher levels of economic activity by the end of 2021 than before the pandemic, of 4.9% and 2.8%, respectively. In turn, Peru and Brazil recorded slightly positive rates of recovery with a rate of 0.9% and 0.6% in 2021 respectively, higher than two years previously, in 2019. Mexico, Peru, Bolivia, and Argentina however, are still recording levels of production that are lower than before the pandemic.

In this context, assuming that the pandemic has begun its transition to endemic, Latin America is facing a considerable number of challenges in the post-COVID world. The most pressing challenge is related to the acceleration of rising prices for consumers. According to recent surveys, economic analysts expect inflation to rise to 7.8% in Latin America by the end of the year, a significant increase compared with the figure of 3.5% before the pandemic. This rise in inflation, which initially arose due to the imbalance between global supply and demand, but which has now been exacerbated by the war in Europe, could endanger the economic recovery of the region and extend poverty.

Economic analysts expect inflation to rise to 7.8% in Latin America by the end of the year, a significant increase compared with the figure of 3.5% before the pandemic.

The raw material and energy crises associated with the conflict in Ukraine are causing food prices to rise significantly, which are those that weigh the heaviest on the shopping basket of the most vulnerable households. The region suffered a significant setback in the fight against poverty due to the economic crisis in 2021, with an increase of some 30 million people who live on low incomes and a rate of extreme poverty worsened to 13.8% after being at its lowest levels of 8.7% in 2010.

The global rise in inflation and the resulting rise in interest rates in many countries will generate additional pressure on the fiscal accounts of governments in the region that also suffered a major setback during the pandemic due to greater public spending needs and lower public revenue. With lower fiscal space, the governments in the region will have to increase their tax revenue without affecting the economic recovery through progressive taxes, and harness the rise associated with higher prices of raw materials exported. Higher oil and copper prices may help stabilize the fiscal accounts in the region and contribute to the sustainability of social programs if they are effectively harnessed.

The region must also improve its institutional arrangements in terms of public-private partnerships to continue public investment programs in a context of limited resources. The success of public-private partnerships in the infrastructure sector in Colombia should be used as a model that should be extended to other sectors and countries. This may reduce logistics costs and improve efficiency regarding the transport, storage, and distribution of goods. Policies focused on these aspects could become instrumental in creating substantial efficiency gains that cushion the inflationary pressure associated with the higher cost of consumables, particularly in the agricultural sector.

Generating a regulatory environment that incentivizes innovation and digital transformation must become a priority so that the region can continue to improve in terms of digital and financial inclusion. This will lead to progress on financial sophistication so that families have more tools to cushion adverse effects on their income as a result of rising prices for consumers.

Lastly, in this challenging economic situation, the region must seek to strengthen its social protection networks with programs that are effective in protecting the most vulnerable and generate incentives to push these households toward a more formal environment. This can be done through improved conditional transfer programs that includes incentives for the accumulation of human capital. 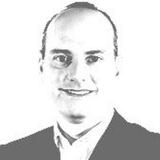 José Ignacio López
Executive Managing Director and Head of Economic Research at Corficolombiana.
He holds a Bachelor’s Degree in Economics from Los Andes University, and a Master’s Degree and PhD from the University of California, Los Angeles. He has worked as an economist at ANIF, Chief Economist at Banco Santander, a visiting researcher at the Federal Reserve of the United States, a professor at the HEC Paris business school in France, and the Faculty of Economics at Los Andes University. He is a daily contributor to La República and author of a number of articles published in specialist economic magazines.