Social, democratic and safe States under the rule of law

IDEASUNO MagazineSocial, democratic and safe States under the rule of law

At the start of this century, just 22 years ago, inspired by Fukuyama, proclaimed to be the “Last Man” in the sociocultural evolution and heir to the “last” form of government – liberal democracy – “Europeans” advanced euphorically toward an increasingly more united Europe, capable of achieving the “lasting peace” that it had proposed, integrating 12 new States from Eastern Europe, enemies just over a little more than a decade before, offering them an economic and State model based on the single currency and even, at least argued then, reunited in a single federation.

Of these three issues, only the latter was not implemented, mainly due to the stubbornness of the French and Irish, who rejected this through national referendums, and the opposition of a United Kingdom always caught on the fence between Europe and the United States, but the victory of this political, economic and social model seemed as daunting as it was inevitable. The fight for the rule of law in the 18th and 19th Centuries and the enshrinement of rights, liberties and guarantees was followed by another fight in the following century which, beyond recognizing the existence of the rights of citizens before the State, was able to proclaim a set of universal principles to which new rights were added, such as health, education, culture and well-being. Accordingly, democratic and social rules of law of liberal Western democracies were created as the” latest generation” model, providing citizens with a quality of life never before seen in the world. Fed up with so much to conquer, the “Europeans” decided to assert their values “both here and overseas”, convinced that the world “only evolves and develops” in the right direction.

They were wrong, even in their own “home”. Some Member States pulled out of this process, and the EU was the first to condescendingly acknowledge this, like some of its dangerous “neighbors” and, not even a quarter of a century on, the “times and the winds” seem to have changed. Following an unexpected pandemic which “migrated” from the East to Europe, or to the European Union to be more precise, it reacted in accordance with the Treaties and, unlike what happened at the start of the century and in regard to the so-called PIGS, the distribution of vaccines was centralized and it reacted economically by granting a set of European funds of a scale never seen before, a “bazooka”, the name of which, not so often used correctly nowadays, seemed to correspond to the size of the rollout.

What is true is that the Recovery and Resilience Plans (RRP), now seem, and even before most Member States of the European Union start to apply them, and much less benefit from them, a mere starting point.

Europe offered support, loans were affordable, interest rates and prices were low and everything seemed “to be going well”, as announced. And then, because history seems to obstinately repeat itself, one of the “liberal democracies”, isolated but neighboring, seems to have changed all the plans for success. The Russian Empire “counter-attacked”, and brought with it the uncertainty to the announced century of peace and prosperity. It is true that we live in a digital society in which everything shifts and transforms quickly, but no-one, which benefitted holders of public offices, could imagine the reality we were facing and Europe seems to have gone back 70 years. Economic growth, which had been more or less constant, seems to have definitively eroded and prices are rising, which has not been seen for a long time. This circumstance, like almost everything nowadays, simplified in one word – stagflation – “decreed” the “end of cheap money”, which has sustained our growth over recent decades and seemed to be enough to bear the pandemic. What is true is that the Recovery and Resilience Plans (RRP), approved in mid-2021, now seem, and even before most Member States of the European Union start to apply them, and much less benefit from them, a mere starting point, if not historical documents.

Europe provided support and everything seemed to be “going well”, as announced. And then, because history seems to obstinately repeat itself, one of the “liberal democracies”, isolated but neighboring, seems to have changed all the plans for success.

Having reached this point, “playing it by ear” or “living off benefits” from a Welfare State that was created through the efforts and talent of generations of Europeans will surely not be enough and it will be necessary to do much more than just manage the impacts of daily events because more than just fighting rising prices of cereals, energy and fuel, a vision and soul will be required to tackle the challenges that arise. Resisting Europe’s exposure to the Russian economy; integrating millions of people, many of them qualified, who have had to flee the war; raising defense budgets; tackling rises in contextual costs; injecting reproductive investment in the economy and maintaining Welfare States will not be easy. Not for nothing, taxation only goes so far, and many States have already gone beyond this limit, and citizen demands have grown in a costly area – security – which no longer “only” requires weapons, but also energy security, food security, economic security and even cybersecurity and space security. That is why the debate in recent days, particularly in Portugal, does not seem to be so much about the RRP we have, but about the RRP that we ought to have, since the 21st Century, much to our surprise, will not be the century of democratic and social States under the rule of law, but of the construction of democratic, social and safe States under the rule of law… 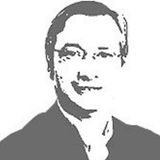 Nuno Magalhães
Director of Political Context at LLYC Portugal.
He was State Secretary for Home Affairs from 2002 to 2005. After this, he was a Member of Parliament for 14 years, eight of them as President of the parliamentary group CDS-PP. He was also a member of the parliamentary Committees for the Economy, Innovation, and Public Works; Constitutional Affairs, Rights, Freedoms, and Guarantees; Foreign Affairs and Portuguese Communities; and European Affairs. He holds a Bachelor’s Degree in Law from Universidad Lusiada de Lisboa, and is a lawyer and university professor.