Spanish fashion, ‘Next Generation’ funds and the war

Spain is an international fashion power due to its brands, and the singular nature and strength of its companies. Unfortunately, we currently find ourselves in an uncertain environment due to the accelerated macroeconomic effects caused by the war in Ukraine. Inflation, closed markets, and rising electricity, oil, and logistics costs have changed the economic landscape. The war, and its subsequent economic impact, will have a major effect on income statements. This is especially true following two years of pandemic and a certain kind of economic hibernation.

There is a major challenge ahead for the textile sector. For the first time in its history, the 20,000 companies that make up the sector, of which 86% are SMEs and 12% are micro companies, have united under a single body – the Textile and Fashion Observatory – to offer a unified front to address its transformation.

At Adolfo Domínguez, we have gotten used to navigating troubled waters and coming out of them stronger. We changed our focus from a plan focused on mental resilience to a new plan that addresses the current economic challenges we face. The global difficulties have spurred on change, forced us to adapt and made us an important player in the current economy. We are transforming into a company of the future, one that is modern and human at the same time. In short, we are creating a company that is sustainable.

The global difficulties have spurred on change, forced us to adapt and made us an important player in the current economy.

We have placed our potential positive impact plan at the heart of decision-making, both through the selection and certification of raw materials – the core of our business – and in many other initiatives that accompany this. A good example is the renovation of shops, designed under certain crafted and kilometer zero criteria. We have also developed a project known as Vístete de árbol [Dressed from trees,] which focuses on the design of clothes created with the brand TENCEL™ Lyocell – which utilizes a plant based fiber.

The European Union (EU) is debating whether to establish new funds that cushion the effects of the war in Ukraine, inflation, and supply shortages. The Government of Spain is considering whether our textile industry deserves a modernizing boost or not. This could be an opportunity to attract the installation of new technologies and clothes recycling plants, with the goal of retaining and increasing employment. This is a move toward the sustainability that we believe in.

In addition, ‘nearshoring’ (bringing production closer) would drive the creation of new plants and the relocation of productive processes that were globalized in the past. Some major opportunities exist if the Next Generation funds focus on this goal and if the EU is able to tackle the war with new specific contributions. We are facing a chain effect crisis, but one that is different from the coronavirus crisis.

We are transforming into a company of the future, one that is modern and human at the same time. In short, we are creating a company that is sustainable

40 years on from the La arruga es bella [Wrinkles are beautiful] campaign and 25 years on from becoming a sector flagship company on the stock market, we are aware of the importance of adapting to the times. We have adapted to the new habits of our customers, people now dress more informally, and wear gender neutral clothes, changed the way in which we reach the market (using new omnichannels such as sales via WhatsApp and ‘social life shopping,’) and created new rituals in traditional brick and mortar stores, with more diverse sponsorship by morphology and the positivity of all bodies, with clothes certified to guarantee their traceability and sustainability.

Spain must commit to our sector because it generates and ensures jobs in the country, demonstrating its viability and robustness, and because it generates brands that become the face of the country. The sector is facing some major challenges. We hope that with support for our companies they will be able to adapt to a complex environment that is full of opportunities 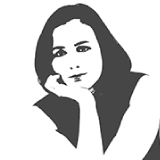 Adriana Domínguez
Executive President of the Adolfo Domínguez group
Executive President of the Adolfo Domínguez group since May 2020, two years after being appointed as Managing Director and three years after being appointed as General Manager. The new President has developed her professional career at the family business in two stages: between 2000 and 2016 she specialized in specific development areas (specialized in perfumes and advertising); then, as from she became a member of the Board of Directors at the end of 2016, she began her career as the first female President of the firm, chosen by the Board and her family to head up the third generation of the Domínguez family.