Argentina is a country with enormous potential for sustainable social and economic development due to a strong legacy in terms of technological and productive capabilities, its outstanding education system, and its wealth of natural resources and workers. Regrettably, that potential has not been fully utilized and the country has experienced a series of economic crises, instability, and a lack of long-term vision that has limited development.

Today, Argentina is a partially developed country that is emerging from a double crisis: a macro-economic crisis that began in April 2018 following a sharp outflow of financial capital that revealed extensive debt within the public sector, and the crisis stemming from the COVID-19 pandemic.

This double crisis has led us to step up our efforts. Work has been done to resolve an inherited macro-economic crisis through outstanding action by the Ministry of Economic Affairs to restructure debt with private creditors and the International Monetary Fund. This restructuring process returned sustainability to the debt held by private creditors and produced a saving of 37.7 billion dollars for the country, while an extended facilities plan was agreed with the IMF to enable macro-economic reorganization without having to adjust real spending. On the other hand, the serious effects caused by the COVID-19 crisis led to the roll-out of an unprecedented assistance package that, in 2020, required a fiscal effort and the mobilization of financial resources equivalent to approximately 7% of GDP. A large part of this went toward paying salaries at troubled private companies (through such programs as the Assistance for Work and Production Program and, later, the Productive Recovery Program,) revenue transfers to the sectors hit hardest by reduced mobility stemming from the pandemic (which became known as the Emergency Household Income,) and the increase of financing to guarantee liquidity for companies and the self-employed.

The unprecedented aid package for the production sector in 2020 (which continued into 2021 to a lesser extent due to improvements in the economic situation) was crucial to preventing a production and employment catastrophe. Following the worst of the pandemic, it enabled the economy to return to an accelerated path of recovery that was mostly driven by industry, but also by agro-fisheries, energy, mining, construction, and knowledge-based services, such as software. This recovery meant that, by the end of 2021, the Argentinian economy had not only recovered the losses incurred during the pandemic but also a major portion of those from 2018 and 2019. In the fourth quarter of 2021, GDP was 3.4% higher than it was in the same period of 2019. Productive investment was a major contributor to this figure with an increase of 29.5% in real terms, one of the best recoveries anywhere in the world. This economic improvement caused the unemployment rate (which had climbed to 13% at the peak of the pandemic) to fall to 7% in the fourth quarter of 2021, the lowest in over five years. This decline in unemployment figures was not caused by the discouragement effect in those actively seeking employment but unable to find it but rather by genuine job creation.

This strong improvement over the course of 2021 was made possible by the mitigation of damages caused in 2020 but also by significant progress in the vaccination process (Argentina posted very high figures compared with the global average, with over 90% receiving one dose and more than 80% fully vaccinated) and the strong weight given to productive development policies within the government’s agenda.

Budgetary resources allocated to development policies increased from US$ 155 million in 2019 to some US$ 1,443 million in 2021.

The budgetary resources allocated to productive development policies were significantly boosted from 2019, increasing from $7.52 billion in that year (some $155 million from that year) to $134.98 billion in 2021 (some $1.44 billion.) This noticeable increase in resources allowed for the recovery of crucial instruments from productive policy, such as accessible financing for the productive sector. To that end, two crucial tools were given a boost: the Guarantees Fund (FOGAR) and the Productive Development Fund (FONDEP.) While the former allows the State to act as guarantor to the bank so that an SME can access a loan (a relatively difficult process in Argentina,) the latter is essential to enabling subsidized lines of credit for long-term investment. With these two instruments, loans were issued to over one million individuals and legal entities in 2020-2022, 250 times more than in 2019. With these two instruments, credit measured in constant terms reached its highest level since 2018 at the end of 2021 and more than half of all loans in the local currency were held by SMEs, the highest proportion to date in the 21st Century.

The industrial policy harnessed other tools besides the recovery of productive credit. They included financing for industrial estates and technology parks (a tool of territorial scope that is also important for productive development in a country with major regional asymmetry such as Argentina;) the promotion of supplier development (through financing to companies that submitted investment projects to become suppliers in certain strategic chains, such as energy, mining, transport, or health, among others;) promotion of the knowledge economy (by sanctioning a new law to promote the sector, which includes IT services, R&D services, nano- and bio-technology, and the satellite and aerospace industry, among others;) training of the population in computational thinking (via the free course entitled Argentina Programs to help people learn to code, which enjoyed unprecedented success among the public with over 700,000 people signing up initially;) and reduced taxation on the export of manufactured end products (which reached 0%.) The results from implementing these policies can already be seen; in 2021, the manufacturing industry grew by 7% compared to 2019, one of the fastest recoveries in the world. Meanwhile, the knowledge economy has not stopped setting new records month after month; its main driving force – software – accounted for 19% more formal workers between the end of 2019 and the end of 2021.

Besides navigating the trials and tribulations thrown up by the current environment (heavily marked by harm caused by the pandemic,) government policy has been heavily focused on the country’s future by opening up new agendas and planning for the rest of the decade. For the first time in Argentina, environmental and gender issues have become structural cornerstones in the management of productive policies. In July 2021, we launched the Green Productive Development Plan, which comprises a series of tools to position Argentina as a key player in the global energy transition by incentivizing the low-carbon hydrogen economy and the development of clean energy suppliers. In 2020, a Gender Cabinet was set up at the Ministry of Productive Development with more than 50 gender-focused initiatives, such as various lines of financing for productive projects led by women. Furthermore, we have worked on preparing regulatory projects to create new productive sectors in Argentina, such as medicinal cannabis, electric mobility, and industry 4.0, all of which have a bright future.

The Plan Argentina Productiva 2030 seeks to plan the productive, industrial, and technological development for the remainder of the decade.

More recently, in March 2022, we launched the Productive Argentina Plan 2030 that aims to organize productive, industrial, and technological development for the rest of the decade. The plan adopts the “mission-oriented policies” idea developed by the Italian-US economist, Mariana Mazzucato. Her ideas are very much in vogue around the world; she proposes mobilization of the productive, scientific, and technological apparatus to resolve economic, social, technological, and environmental challenges in the 21st Century, ranging from global warming to population health through digitalization, formal employment, and income generation.

One of those ten missions will be to double exports by 2030. Exports are the main source of genuine income for an economy such as Argentina, where almost all of the economic crises in the last eight decades have been caused by problems in the balance of payments.

Another mission will be to develop the green economy in order to accelerate the transition to environmental sustainability. This will be done by expanding and strengthening the Green Productive Development Plan by increasing promotion of the hydrogen economy, national clean energy industrial suppliers, energy efficiency, the circular economy, and the national manufacturing of electric vehicles.

Other missions will focus on promoting national production for health (vaccines, clinical trials, medicinal cannabis, medical equipment, biosimilars, telemedicine,) adapting food production to the 21st Century (based on which our farming sector will become more resilient to climate change and increase the production of proteins and healthy foods,) on equipping our armed forces with national technologies (drones, ships, satellites, and protective clothing, for example,) and modernizing our traditional industrial sectors (to incentivize greater productivity and increased recorded job creation.)

Argentina has been experiencing an increased investor drive in mining, especially in lithium and copper

The Productive Plan will also have a specific mission to incentivize digitalization of the productive apparatus and industry 4.0. The development of mining based on strict environmental care is another of the ten missions promoted by the plan. Mining is a highly underdeveloped activity in Argentina (with exports standing at less than one-tenth of those of Chile, with whom Argentina shares the Andes mountain range) and one that will be in ever-increasing demand given that the energy transition will require more minerals.

Argentina has been experiencing an increased investor drive in mining, especially in lithium and copper. The industrialization of our primary sector will be strategic and will be based on the development of industrial suppliers in the mining, hydrocarbons, fishing, agriculture, and forestry sectors. A commitment therefore exists to increasing indirect employment, technological development, and income generation tied to our primary activities, which are also fundamental to decentralizing the productive activity that is currently highly concentrated in the metropolitan region of Buenos Aires.

Argentina is emerging from a pandemic crisis, and another left behind by the previous government. It is therefore key plan for the long-term future. Hence the Productive Argentina Plan 2030. We want a developed Argentina with progress for every one of its inhabitants year after year. We want an Argentina that is intelligently integrated in the world and capable of harnessing new opportunities stemming from the global challenges of the 21st Century: climate change, knowledge economy, and growth by the emerging middle class. Argentina has enormous potential, and we are highly optimistic that this potential will start to materialize in the coming years, with visible results for each and every one of the inhabitants of this country. 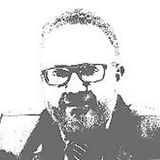 Matías Kulfas
Argentine Minister for Productive Development.
He holds a Bachelor’s Degree in Economics and a Master’s Degree in Political Economics. He was Under-Secretary for SMEs and Regional Development of the Ministry of Economics and Production (2006-2007,) Director of Banco de la Nación Argentina (2008-2012,) and General Manager of the Central Bank of the Republic of Argentina (2012-2013.) In 2014, he launched the consultancy firm Idear Desarrollo. Since December 2019, he has been in charge of the portfolio of Productive Development, whose main areas of management are: Domestic and Foreign Trade, SMEs, Entrepreneurship, Industry, Economics of Knowledge, and Mining. 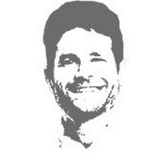 Daniel Schteingart
Director of the Centro de Estudios para la Producción (CEP XXI).
Head of the Special Temporary Enforcement Unit “Productive Argentina 2030: Plan for the Productive, Industrial, and Technological Development of Argentina.” He holds a Bachelor’s Degree and PhD in Sociology, and has a Master’s Degree in Economic Sociology. Between 2012 and 2017, he was recipient of a doctoral and post-doctoral grant at the National Council for Scientific and Technical Research (CONICET.) In 2020, he began to work as National Director of Studies for Production (CEP XXI,) whose aim is to carry out analyses of the economic situation, studies, and research on the productive structure. Since March 2022, he has been Head of the Special Temporary Enforcement Unit “Argentina Productiva 2030.”