The European Union is tangibly flexing its political power in the current economic and social transformation. The pandemic and the war in Ukraine are acting as accelerators.

As a constant benchmark in policy drafting, EU institutions are revealing their ability to support decisions to build an EU for the 21st Century. The strength of inter-institutional activity should also be highlighted; the ins and outs that enable these institutions to operate in a synchronized manner to create synergies.

In the face of clichéd criticism about how slowly the EU makes decisions, the people of Europe can now proudly claim that the EU is reacting, deciding, and responding with speed, forcefulness, and visibility.

Since the outbreak of COVID-19, the representatives of European institutions have been fully aware of the need to green light a European Recovery Plan. At the same time, without any power over health affairs, the European Union was capable of coordinating a European vaccination campaign: a supranational health plan.

Drawing up a European recovery plan means that the EU has entered a new economy-focused process of political action that represents a European milestone unto itself. I believe it can be said that recent and ongoing EU action reflects a strengthening of European integration processes. At the same time, we can see how synchronized multiple European governments are becoming, with the inward approach being adopted by each Member State. This is where European sovereignty breaks free from the concentric circles of belonging: multiple citizenships and multiple citizenries. In this regard, it should be taken into account that a multilevel EU policy needs to be comprised of policies capable of looking both inwards nationally and outwards at a European level. This needs to happen within a governance model that includes different spaces, times, and political colors.

The recovery funds have been given the name Next Generation EU. Although this name might at first sight perhaps seem to be too explicitly marketing the changes in the EU, time has revealed the sound judgement in concepts based on inter-generational solidarity and shared responsibility.

The funds target two vectors – the European Green Deal and Digitalization – alongside the cornerstones of equality, growth, and social cohesion.

Rooted in environmental policies, sustainability extends all areas: institutional, political, business, financial, academic, and communicational. Only if sustainability can be applied across the board will society be able to make progress on the major environmental issues of our time.

Economic recovery and transformation go hand-in-hand when identifying the strengths of each company within the business fabric. Both should be considered when establishing a business plan.

When rolling out the first joint European debt, the institutional decision-making process must be observed even when focusing on the inter-institutional efforts I mentioned at the start. EU policy is shaped by seeking consensus and utilizing debate to find cross-cutting solutions.

The European Union’s responses to the war in Ukraine and its positioning in multilateral politics demonstrate that the EU needs a real foreign policy.

The war in Ukraine is driving the EU to make decisions that otherwise might not have been brought to the table for years. The responses from the European Union and its positioning on multilateral policy have revealed that the EU needs a genuine external policy. On the chessboard of globalization, the EU is starting its journey toward strategic autonomy by following a compass that points in the right direction. The war in Ukraine is accelerating the achievement of this strategic goal and the EU is already playing, competing, and fighting, live. European geopolitical awakening is a fact.

The threat from Vladimir Putin to our integration model, democracy, and economy is leading to a review and adjustment of the parameters that frame the European economy and even more exhaustive monitoring of the European recovery funds.

One milestone that should be highlighted is the mechanism for making receipt of the Next Generation EU funds linked to compliance with the rule of law. This highly political action links receipt of the funds to respect for values declared in the EU Charter of Fundamental Rights, which is legally bound to the Treaty of Lisbon. This achievement brings with it a political intensification of the EU and strengthens its very raison d’être.

Recovery and transformation are merging to redefine the European project. Faced with the disintegration that could result from each Member State looking inward on itself and its own interests, the international context increases acceptance that the EU works and that its evolution must be based on high-level debate around the creation of a European fiscal union. Everything is centered on a single European sovereignty in combination with the various national sovereignties. Within this complementarity, it is worth highlighting the reference made to an EU constitutional model rooted in the Constitution of each one of its Member States. It is a constitutional model that is the sum of its various parts.

The integrative power of citizens is vital to the integration process within the European project.

At the Conference on the Future of Europe, a number of pending issues for the future were underlined. European policy is unfolding to create the genesis, development, and implementation of policy in all areas in both the short and long term. Following in the wake of Robert Schuman, the EU continues its step-by-step approach and, in these tumultuous times, is taking giant strides forward. The European political model is taking another step forward through specific policies that affect its citizens based on de facto solidarity.

The back and forth between an EU decision and the response by each Member State is driving a new policy based on a joint and coordinated response. Citizens must see themselves represented in all these decisions through representational democracy. The integrative power of citizens is vital to the integration process within the European project. 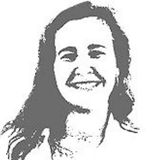 Susana del Rio Villar
Member of the EU Committee of Independent Experts.
She holds a PhD in Political Science. She won an extraordinary Social Science and Law prize for her doctorate at the European Academy of Arts and Sciences, Salzburg. She is the director of the DBS Integrated European Studies program; Director of the group of experts for the Conference on the Future of Europe; and Academic Advisor to Fide. She is also the Peace Ambassador for the EU Women’s Federation for World Peace (WFWP) and has authored three books on European policy and member of the European Commission’s Committee of Independent Experts. She was a professor in the master’s degree at the Center for Political and Constitutional Studies and Columnist for El Correo. Currently, she is Chair of the Basque Tennis Federation’s Women and Tennis Committee.