WHAT IS YOUR MISSION?

At this point in the 21st Century, some things have become certain. It is clear that we live in a complex world replete with unforeseen events that can overwhelm national governments. Not even the markets or the private sector can tackle these problems on their own. The only certainty we can find is that nearly everything we learned in the 20th Century has been pushed to one side by a series of social, technological, and natural developments that transcend accepted knowledge.

Globalization, climate change, and artificial intelligence are three vectors for change that are each powerful unto themselves and, when combined, have produced a new context in which the old no longer serves and the new is just around the corner. Never before have human beings had to face such disruptive and all-encompassing challenges that impact us to the point of making us question the very meaning of our existence. Neither traditional public policies nor nationalism stand a chance against these changes, no matter how familiar they may be to us. Pandemics, climate change, the real possibility of transhumanism, and the awareness that we could beat extreme hunger and inequality in the world are concepts that simply do not fit into the classic public/private models. Against those problems, the State is not the problem and the market is not the solution or vice versa.

“Never before have human beings had to face such disruptive and all-encompassing challenges that impact us to the point of making us question the very meaning of our existence.”

We need to find new protagonists and design new forms of social intervention capable of dealing with challenges that are simultaneously global and cross-cutting for the first time. Strictly speaking, the only concept we could fully rescue from 20th Century doctrine would be the human rights declared by the UN, applied until their ultimate resolution.

The 21st Century has begun its journey through history blown by four winds: globalization as a means to intertwine the interests of nations while bringing to an end to war and poverty; digitalization as a revolution capable of building and bringing together a single world thanks to the unifying force of the same technology; deregulation, the markets capable of balancing themselves, without crisis and a preference for the minimum state, as pieces of the social edifice instigating growth; and, finally, a conviction that the fight against climate change has begun following ratification of the 1997 Kyoto Protocol by 81 countries.

In just 20 years, those four winds have lifted. The new millennium brought, in 2008, a crisis in the deregulated financial markets that was only addressed through intervention by the State; privacy invasive data technology and surveillance capitalism; a resurgence of blocs (not only technological but also political) around the United States and China, with the recent inclusion of Russia following its war on Ukraine, which has led to its exclusion from the global economic system; and a demonstration that we are far from reducing CO2 emissions to the required level despite emphatic statements such as the Paris Agreement (2015) and evidence suggesting links between human action, such as deforestation, and the rise of pandemics, such as COVID-19, due to a greater likelihood of animal viruses jumping over to humans.

We need a new paradigm that allows us to understand what is happening and, above all, a new social action model that can effectively tackle the current situation. This model must be able to address when traditional relations break down between the public and private sectors, the individual and the collective. Existing management methods are incapable of dealing with the challenges of the 21st Century. Two examples suffice to prove this point.

Firstly, the challenge for humankind posed by the possibilities offered by artificial intelligence does not fit into the classic State-companies model. This is because it exists beyond the objectives and roles known by the two stakeholders. While companies are receiving the message from their shareholders that stakeholder capitalism is the sole objective, States are being required to modernize their structures and roles in order to adapt to the new responsibilities being demanded of them.

“If governments establish rules and procedures to separate waste and garbage, but each one of us, individually, does not do it at home, it will be of little use”.

Secondly, it is rather pointless for governments to set rules and procedures on separating waste and rubbish if each one of us, individually, fails to do so at home. Hence, public/private and individual/collective responsibilities must come together differently in view of these new challenges, and both governments and companies need to review their purpose and corporate governance.

Here is where the new proposal from the European Union makes total sense. Inspired by professor Mariana Mazzucato, it seeks to order the collective priorities and organize the strategies and resources used around a concept of “Missions.” This concept brilliantly does away with classic “Public Affairs” as the traditional space for organizing relationships between the public and private sectors. Nowadays, both public and private issues are everybody’s responsibility because nobody can tackle them on their own. We saw that with the pandemic, which led to unprecedented cooperation between governments and companies while appealing to individual responsibility for compliance (in addition to the imposition of rules via restrictions.)

The great political discovery of the 21st Century is that social value arises from interaction between the public sectors, private sectors, and civil society, when they have compatible purposes and create mutual benefits as a team. According to the European Commission definition, missions are a new and ambitious instrument that stem from the idea that complex challenges require coordinated inter-governmental efforts, as well as efforts between governments, companies, and individuals, based on clear objectives capable of mobilizing the resources necessary to transform society.

Organizing the management of social issues around the concept of missions requires significant changes in how public and private issues are managed. It also requires a shift in their traditional relationships, in order to launch a new dynamic that moves beyond the old lobbying concepts and activities, or public affairs. A new space for building relationships is emerging for governments, companies, and civil society, in which they must cooperate rather than confront one another as we had seen in the past.

Whoever takes on the role of facilitator in these encounters, with an approach based on “missions,” will no doubt provide a great service to the world: a service tailored to the 21st Century. 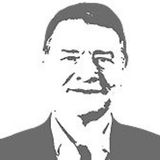 Jordi Sevilla
Senior Advisor, Member of the Advisory Council, and Director of the Economic Context Department.
He is an expert in economics and economic policy. He belongs to the Senior Corps of Commercial Experts and State Economists. He was head of the Office of the Minister for Economics and Finance (1993-1996,) Minister for Public Administrations (2004-2007,) senior counselor at PwC (2009-2015,) head of the economic staff of the socialist candidate for Prime Minister (2015-2016,) and Chairman of Red Eléctrica de España (2018-2020.) He has also been a teacher at Instituto de Empresa (IE) and has published numerous books on economics and politics. He holds a Bachelor’s Degree in Economics from Valencia University and is an expert in economics and economic policy.