Being big is not enough to be a global city

IDEASUNO MagazineBeing big is not enough to be a global city

All the different measurements and rankings of global cities consider different factors of what life means in a large city. Topics such as economic and business activities, human capital, infrastructure, life quality, the institutional structure, the environment and the cultural offering are determining factors for Bogota to stay on the road to positioning as an increasingly more relevant city in the international arena.

The city’s growth in recent years has undoubtedly been vertiginous. This is a city whose population has grown, welcoming not only Colombians from all regions, but increasingly more foreigners. Calculations state that 45 percent of Bogota’s inhabitants were born outside the city, which speaks of the great strength it has in terms of diversity and the opportunities on offer. Its economy has also grown, to the point that today Bogota contributes one-fourth of the country’s GDP and has a larger economy than that of many countries in the region. Moreover, the city is growing geographically, expanding to the north, south and west, until reaching the limits of neighboring municipalities.

The city’s transformation has been noticed internationally, as there are increasingly more tourists who visit it. The number of visitors to the country has doubled in the last 10 years and the capital receives 43 percent of them. Much of this increase is related to the city’s large cultural offering, which makes it more attractive for tourism.

Along with growth, challenges the city faces are also growing and are increasingly complex with regard to the environment, mobility, social matters and sustainability.

The commitment of Mayor Enrique Peñalosa’s administration points precisely to a city in which the decisions that are made today take into account the Bogota of tomorrow, where the vision is built on the pillars of urban democracy, life quality and equality and community building.

In particular, at the Gilberto Alzate Foundation, we have been in charge of interpreting a specific city project–the one of revitalizing the center–through space-transformation projects from a cultural perspective. Whether they are tactical city development proposals that through cultural interventions let public spaces be temporarily reinterpreted and given new meanings, or via projects as ambitious as that of creating the city’s first creative industries district, in the now-defunct Bronx neighborhood.

In different scenarios, the Mayor has spoken of the city’s public space as the great equalizer as the place in which all citizens are equal. One could even say that the public space is the city, as it is the place in which citizens convert concrete structures into living organisms. In addition, if the city is a blank sheet, culture is the language with which our future will be written.

Bogota ranked as one of the top five cities in the world with the best urban art, and its graffiti tours are famous; its Ibero-American Theatre Festival is recognized as one of the most important in the region. UNESCO acknowledged it as a Creative City of Music in 2012; and the “Al Parque” events (with Rock in the Park at the forefront) appear on the list of the best free music festivals in the world. In the field of art, initiatives such as ArtBo and Barcù are starting to be mentioned on international circuits, the culinary offering is increasingly better known, and new local commitments arise with greater frequency to generate higher quality cultural proposals with a greater scope and international projection on topics such as cinema, literature and other artistic genres. Examples of these are IndieBo, EstereoPicnic, BogoShorts, and the Feria del Millón and LIT Festival.

Bogota’s great challenge will be to conserve its character, while in parallel generating cohesion around vital projects for the city’s sustainability

One of the elements that most defines a city may be its culture, and Bogota is definitely a city with a lot of personality. A recurrent observation of the many foreigners who visit us is how surprised they are by the diversity and contrasts they see, which are exactly what make it an interesting and unique city.

Bogota’s great challenge will be to conserve its character, while in parallel generating cohesion around vital projects for the city’s sustainability.

The opportunities for Bogota to stand out as a global city are many and increasingly clearer, but decisions must be made to take it in the right direction. Investments must continue in terms of infrastructure, mobility, economic development and improvements in life quality, where using the language of culture as a tool to revitalize and project our city is a step in the right direction. Bogota deserves and needs this. 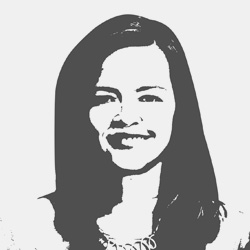 Monica Ramirez
Director of the Gilberto Alzate Avendaño Foundation
Ramirez is a company Administrator at CESA (Bogota) and has an MBA from Bocconi University in Milan, Italy. Ramirez also studied International Business at Georgetown University, and took the Global Change Agents course at the Kennedy School of Government at Harvard. Ramirez has 18 years of professional experience in the private sector, primarily in marketing and project management. Ramirez has spent the last 10 years of her career at organizations such as Invest in Bogota and the Australian Trade Commission promoting Colombia, more specifically Bogota, as a foreign investment destination, contributing to improve knowledge about the country and city abroad. [Colombia]