From vision to reality. Santo Domingo as the Caribbean’s super city

It is August 21, 2030. I leave a meeting in the Ciudad Colonial and I head for my car to go home. I change my mind. I leave my stuff, lock the car and start walking. I am rapt by the energy of the Ciudad Colonial. I start walking along Calle El Conde, which is full of shops selling the best Dominican and international brands, restaurants and cafés, boutiques and art galleries as well as the offices of large companies and local startups. I observe the people. I see tourists fascinated by the city’s beauty, the mishmash of flavors and customs. I see relaxed locals, smiling and friendly, happy to welcome so many foreigners as guests. I see lots of bicycles and fewer cars than before. I am hearing people speak Spanish, English, French and many other languages. I see faces with African, Asian and European features. I breathe the air of a Santo Domingo that is completely different, one of the cities that young people all over the Caribbean dream of reaching; some to study, others to work, others to set up a startup and others to train for the Olympic Games. Santo Domingo has earned its name as the capital of the Caribbean; it is a financial center, a city that has attracted big companies and big brains, a city that combines history and modernity, a city that has preserved its identity and that has been enriched by accommodating new cultures and accents from all of the Caribbean islands. Santo Domingo is now an organized, easy city where the human being is the center of attention, a city that protects the quality of life of its citizens, giving them fresh air to breathe, making them feel safe, providing going-out, relaxation and sports options. A place provides them with economic opportunities, a city that meets challenges and one of the five most innovative cities in Latin America.

I breathe the air of a Santo Domingo that is completely different, one of the cities that young people all over the Caribbean dream of reaching; some to study, others to work, others to set up a startup and others to train for the Olympic Games

Back to the present. Today, August 21 2017, Santo Domingo looks very different and the new team in the Mayor’s office faces many challenges and responsibilities since it has the mission of transforming this vision of the city into a reality. Today, we need great efforts to turn it into a normal city, while we face the parallel challenge of advancing rapidly towards its future. A city has inherited major infrastructure and urban development problems. It is not a particularly friendly city, with streets that celebrate cars rather than citizens; a place where the people’s anxiousness for change hangs in the air. It is a place that has developed without a vision of the future, with no planning and without any consideration for the environment; a city that has ignored its treasures instead of turning them into opportunities, like its 10 kilometers of coastline or its old colonial center, the Ciudad Colonial. However, it is our city and it has the potential to become a livable, compact, resilient, sustainable, equitable and enterprising city, one that is open and full of opportunities for its residents and foreign citizens as the capital of the Caribbean.

Road to the future

There are three main areas we are targeting to turn Santo Domingo into the Super City–Capital of the Caribbean: its economic potential, its management and urban development and its connectivity. To maximize economic potential we are looking to get private initiative and the central Government on the same page in relation to the road that leads to the city’s future, to make it possible to optimize the resources invested by both of them and so to sustain its growth. In terms of projects, we are looking at fostering tourism in the city of Santo Domingo. This could be achieved by connecting the city’s financial center (Metropolitan Area) with the historic and cultural center (Ciudad Colonial) with with the Malecon seafront avenue. Also, by attracting people traffic and fluidity while at the same time stimulating economic activity in a noble area of the city that is underused and which has enormous potential due to its history, natural beauty and existing infrastructure. We are looking at creating a plan for cooperation between entrepreneurs and the Mayor’s office to develop leisure and commercial activity on the Malecon to increase economic activity and, consequently, property valuations. We want to create technological development centers in strategic areas of the city, connected to areas that must undergo a process of urban regeneration. We must make efforts to encourage foreign investors to find business opportunities in Santo Domingo through technology and agreements with city councils in other cities.

But it is our city and it has the potential to become a livable, compact, resilient, sustainable, equitable and enterprising city, one that’s open and full of opportunities for its residents and foreign citizens as the capital of the Caribbean

A key component of the expansion of Santo Domingo must be good planning through the leadership of the city halls and in order to ensure that the process of developing housing, commerce, public transport, traffic, services and health and security are harmoniously integrated with the Common Land Use Plan (POT) that is currently under development. We have been working for over a year now on the organization of the city, on improving security, increasing urban mobility options, on creating standards for construction and economic activity in different areas of the Distrito Nacional with the aim of making Santo Domingo a city to be enjoyed; an inclusive city that’s open to the entire region. We have been studying how to turn ourselves, the citizens, into guardians of the city, how we can swap our bad habits for good ones, making caring for the environment a priority.

The way the city will be able to develop rapidly and in a structured manner and will be able to expand to other latitudes, to citizens from other countries in terms of information, goods and products is a connectivity issue that requires collaboration between the central government and the private sector. The solutions include an airport developed as a regional hub and the fostering of an education cluster as a pillar for continued development of the city through technological innovation along with the implementation of incentive plans to attract socially responsible companies, extending social and digital inclusion and offering greater opportunities. The use of the technology as the main resource for population-city integration, the development a data-oriented management system that offers better services to citizens and business and attracting foreign citizens seeking to study, invest or unwind here are just some of the areas to focus on over the coming years.

Turning Santo Domingo into a Super City is a task that requires cooperation for the development of society in different aspects; it requires entrepreneurs, Government and the population to unite around this challenge in search of common success that will benefit all. The vision already exists, and so does the plan and the team that one year ago assumed control of the city administration seeking to adjust the cultural patterns of the past. The team is now implementing actions reaching far beyond its mandate and that will influence the future to give Santo Domingo its place as capital of the Caribbean and one of the great cities of the world.

Turning Santo Domingo into a Super City is a task that requires cooperation for the development of society in different aspects; it requires entrepreneurs, Government and the population to unite around this challenge in search of common success that will benefit all 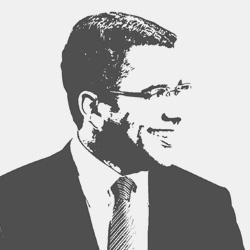 David Collado
Mayor of Santo Domingo National District, Dominican Republic
A member of the Modern Revolutionary Party (PRM), Collado was a deputy in the Congress of the Dominican Republic. A businessman, marketer and a communicator with a degree in Tourism from Atlantic University in the United States, Mayor Collado is a pioneer on entrepreneurial issue such as the legislative “Bill on Entrepreneurship and Business Innovation.” Collado was the driver and proponent of the bill that declares November 12 as the National Dominican Entrepreneur Day, among other actions in this area. Collado has worked on promoting artistic education for young people and driving forward legislative initiatives to foster and diversify tourism in the country. The Ministry of Youth and the Presidency of the Republic has recognized him as a young entrepreneur for his contributions to the Dominican youth on several occasions. [Dominican Republic]