Improving ourselves as citizens

The city is the space for the expression of the society in which we live and, at the same time, is the physical expression of what we are.

In the world we live in, the old boundaries of space and time are becoming increasingly tenuous. Although this phenomenon is not new, we can state that over these recent decades of definitive consolidation of the global economy, migratory flows, means of transport, the development of telecommunications and other advances in engineering and in science, have seen exponential growth with visible consequences in our cities, which are undergoing significant structural transformation.

The city of Buenos Aires has a population of three million and it is the center of a Metropolitan Area of 14 million and covers a territory of four thousand hectares. It is the principal business and decision-making center and the second most important industrial center in the country. Its planning is marked by the profound transformations that are unique to metropolitan cities and manifest in their social and urban space. The privatization of public services, the impact of telecommunications and IT, economic reconversion, social segregation and new trends in suburbanization are some of the new factors that articulate in the context of competition between countries, regions and territories. They coincide with the need to reshape the role of Buenos Aires as an autonomous city and the capital of a nation within the framework of an open economy.

The city is the space for the expression of the society in which we live and, at the same time, is the built manifestation of what we are

Over a century after, it became the capital (1880) and the delineation of its legal and administrative borders (1887). In 1996, Buenos Aires acquired the statute of autonomous city and the citizenry elected its Head of Government. The current urban structure arose both from the large scale transformations of the old center carried out by the generation of 1880. This project culminated in the Plan de Estética Edilicia (Aesthetic Building Plan) of 1924, the Código de la Edificación (Building Code) of 1944, the Código de Planeamiento Urbano (Urban Planning Code) of 1977 and subsequent amendments right up to the present day, with a new urban code in the making.

Our city immediately faces a number of challenges that it must resolve, many of them are real and others are imaginary. However, it must do so with the confidence that it is an exceptional city and that thanks to this quality, its basic structure resists the mistakes of the past and allows for corrections that reverse the trend towards the fragmentation of the city and the individualization of experience and of social relations. The citizens can feel it, act and react; people of all social classes establish networks of interaction and recreate urban society from the ground up. They create relatively stable networks and generate community organizations and urban social movements that perform a fundamental role in the configuration of a contemporary city. Recovering the human dimension of the city and, with that, reaffirming the identity of those that inhabit it is a major issue that starts off small, and locally. Because improving a city and its neighborhoods involves recovering the influence of its residents over decisions that affect the immediate environment in which they live their lives. Therefore, the first step towards the regeneration of that old invention is as important as it has been debased; what we call citizen democracy. It is essential, therefore, that the formation of the city must be fundamentally subordinated to the real general interest and not simply to growth, devoid of development, with the indiscriminate occupation of areas according to the criteria of those promoting their urbanization.

It is impossible to think of a city that does not grow, that does not evolve and adapt at its own pace. The contrary would be to condemn our city to death. A city that renews itself, therefore, it must, by definition, change. But nor can the city think of growing without a State that guides and that helps drive private investment, that invests in public space and quality public buildings and that creates a project that is strong enough to be developed over time, integrating the permanent dialogue between the urban shape and planning and architectural definition.

It is impossible to think of a city that does not grow, that does not evolve and adapt at its own pace. The contrary would be to condemn our city to death. A city that renews itself, therefore, must, by definition, change

The challenge of these projects is to test the ability to integrate different variables of urban complexity and its management. Multiple stakeholders, a combination of public and private voices, planning instability, the rezoning that affects urban and architectural space that must be planned as a dynamic process with continuous chopping and changing of the overall idea, the many organizations and the scaled start-up of work over time.

Buenos Aires must be a planned, interconnected city with a defined role and an urban, environmental and strategic plan that guides and allows its structuring and foreseeability. It needs codes for construction and organized urban planning that are up-to-date and agreed between professionals, institutions and residents. In addition, it needs a justice system capable of understanding urban issues and providing real legal certainty. It must have good quality, exemplary public works through open and transparent competition. An autonomous city as envisaged in the Constitution of 1994, that is, with a transport policy and that manages security and its territory. A joint leadership with the Province of Buenos Aires that allows articulating the metropolitan threshold. A leadership dedicated to plan the next 30 years with creativity and free of fear.

To change and rebuild Buenos Aires according to present and future times, we must improve our quality as better citizens, more aware of the loss concerning to our lack of involvement in what is common to all of us. 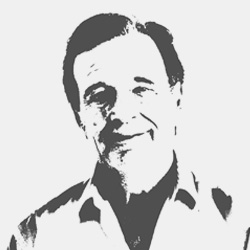