Intermediate cities: a vision from the agricultural development of Latin American and the Caribbean

IDEASUNO MagazineIntermediate cities: a vision from the agricultural development of Latin American and the Caribbean

Urban development is an irreversible global trend. Latin America is no exception. It has gone through this process, in which a significant percentage of its inhabitants, have migrated from rural areas to cities in search for better living conditions.

As a result, the growth of cities has brought serious problems, such as pressure on basic services, transportation, pollution, informal settlements, crime and insecurity. On the other hand, the abandonment of agricultural areas has led to a decrease in the number of agri-food production units, food supply and aging of rural communities. Likewise, there is more and more urban pressure exerted on farmland and forests. It is within this context, where the need arises to analyze structural and comprehensive solutions to overcome the complex problems associated with these issues.

Intermediate Cities are defined as links between large cities and rural areas. They can be part of the solution to this situation by making it easier for the rural population not to migrate to large cities, while strengthening their identity, sense of belonging and new productive institutionalism that helps to balance out these issues.

Connectivity and social media in Latin America serve the function of socializing information in the development, integration and exercise of the citizenship process

Millions of people are constantly heading to cities in developing and developed countries, who then attempt to assimilate into the city life, which causes problems such as adaptation, health, insecurity and employment opportunities. On the other hand, these constantly growing cities consume 75 percent of the energy resources and emit 80 percent of the carbon that pollutes the environment. Together with the aforementioned, we must take into account that the world’s population is expected to hit 9 billion by 2050, over 70 percent of whom will be living in these cities.

Latin America is the most urbanized region in the world with 80 percent of its population living in large cities and 25 percent living in poverty in informal settlements marked by high inequality, social exclusion and vulnerability of all kinds. In addition, there is a low degree of urban competitiveness since only 13 cities in Latin America are among the 120 most competitive in the world.

This reality is leading to the construction of a new pattern of development, which promotes a territorial vision of development and the demystification of the urban-rural dichotomy. About the attraction of big cities, it is necessary to identify intermediate cities that build service networks, have connecting roles and meet the target needs of the population living in the regions. Consequently, they can continue to produce food efficiently and sustainably.

The cities’ outreach requires work on public and private alliances. Thus, it is the responsibility of civil society to assume innovation leadership. Citizens must complement and support the enforcement of public policies that build the capacity to manage resources (human, economic and natural) and make it possible to execute plans and projects that seeks to achieve greater productivity in rural areas to supply cities with food security and services.

Academics, cooperation agencies and private initiatives play an essential role in this process. Their roles are defined as drivers of technological innovation by identifying global trends and studying behavioral patterns and smart solutions along with national and local public policies.

At the same time, connectivity and social media in Latin America serve the function of socializing information in the development, integration and exercise of the citizenship process. These are essential variables to be considered and then applied. They allow access to information and give relevance to the stakeholders, as well as others beyond their location.

The concern for the supply and the quality of food in cities requires consideration of the relationship with production areas and their relationship with potential urban markets. They recognize smart, fair and sustainable agro-food systems with their own identity. The tourism sector is linked to the agro-fisheries production sector as it has a strong presence and impact on rural areas, which makes of it a factor for social cohesion and a real driver of the economy.

Intermediate Cities in Latin America and the Caribbean are places that, until now, have only been determined by their population size. They do not meet a planned design to become hubs that, due to the high social cohesion owing to the number of inhabitants, can acquire the feature of “links.” Hence, they offer services and the conveniences of large cities, exerting their influence through their dynamics on the development of smaller towns and the surrounding rural areas.

Intermediate Cities in Latin America and the Caribbean are places that until now have only been determined by their population size. They do not meet a planned design to become hubs

Currently, the definition of this category depends on each national reality in relation to population, opportunities and services. They do not always receive sufficient attention from international organizations or their States. This is because they do not compete with the problems of large cities such as overcrowding, mobility, security and exclusion.

This apparently positive characteristic of Intermediate Cities does not reflect in the same way in state responses, which must seek to prevent the recurrence of the problems of the urban development pattern. Moreover, we must emphasize that in relation to the application of the Sustainable Development Goals, Intermediate Cities are playing a leading role in debates and agreements of international organizations.

Finally, it is key to take into account that political decisions in Intermediate Cities significantly influence: 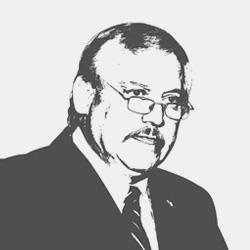 Victor M. Villalobos
CEO of the Inter-American Institute for Cooperation on Agriculture (IICA) (Costa Rica)
Villalobos has more than 35 years’ experience in the fields of agriculture, natural resources and genetics. He has been a teacher, researcher, research director, both an international and governmental civil servant, an administrator, negotiator and leader of multi-disciplinary analysis and decision groups. As a researcher, Villalobos sparked the development of agricultural biotechnology in Mexico and the rest of the world. In Mexico, ).Villalobos was deputy secretary of Natural Resources and deputy secretary of the Secretariat of Agriculture, Livestock and Rural Development, Fisheries (SAGARPA [Mexico]