Due to their size, Latin American cities are some of the planet’s oldest metropolises, despite their youth and the fact that their growth remains vibrant. According to the UN, Latin America is the most urbanized area on Earth, with 80 percent of its population residing in cities.

Added to this rapid increase in population is technological penetration, the increasing incomings and the transformation in the life expectations of inhabitants. All of these elements come together in this region and this allows us to witness the development and evolution of the smart cities of the future. In fact, many Latin American cities have already taken steps in that direction. So much so that in the most recent rankings of IESE Cities in Motion in 2017 and GaWC 2016, heads turned towards important major cities such as Buenos Aires, Mexico City, Sao Paulo, Bogota, Medellin and others. What they have in common is that they started to use technology to achieve a coordinated administration of its systems as a way of facing social and city planning challenges.

In terms of these challenges, despite their clear differences, most cities in the region share common issues such as insecurity, poverty, inequality, pollution and traffic congestion, to name just a few. Cities such as Tokyo, Paris, London and New York have been thinking about and implementing solutions to these problems for decades to a greater or lesser degree of success. Whereas Latin America must face these challenges at a point in time when there are innumerable technological developments to facilitate this process.

Most cities in the region share common issues such as insecurity, poverty, inequality, pollution and traffic congestion

In this regard, to start, smart cities in Latin America must be understood as an urban platform, which uses real-time information in order to understand how different elements interact (citizens’ routines, mobility, the use of public services and climate among others) and to provide a comprehensive response, just as a human brain would do. Likewise, this intelligent and integrated way of acting should promote a more direct interaction with citizens who are on board with active participation and involvement.

In this process, it is essential that national and local governments and public and private institutions and companies from each country intervene in the administration of a city to jointly understand the importance of seeing a smart city as just one platform with many applications. This vision should facilitate a coordinated and articulated way of acting.

Similarly, and to be able to count on citizens’ involvement and input, it is crucial to continue with its connectivity efforts. The Economic Commission for Latin America and the Caribbean estimates that the number of homes connected to the internet in the region grew on average by 14 percent in recent years, meaning that in 2015, 43 percent of households had internet access, almost double the amount of 2010. These figures show that the reach of these services is growing day by day, although it is still necessary for the rates to rise.

Building the path that these Latin American cities should follow is not an easy task. However, they have a strategic opportunity to take advantage of the support to be offered by technological partners with experience in the development of solutions that when adapted to the needs of each city, achieve successful urban management trough efficient technological innovations. There is no doubt that smart cities are closer to Latin American than what we thought.

Currently, cities such as Medellin in Colombia are global leaders in innovation. With the support of a technological partner, this city is on the way of becoming the model of a smart city in the region, through structured solutions with high international standards. In the field of mobility, for example, the city has the Intelligent System for Mobility in Medellín (SIMM). This tool works like a “brain,” gathers and analyzes information from different subsystems and it plans mobility on a global basis. The SIMM in Medellín has worked to reduce emergency response times from 35 to 17 minutes. It has seen the number of accidents at traffic lights drop by 18 percent and, in order to make better decisions regarding their journeys, users receive information on billboards and social media such as Twitter.

A smart city model implies a more coordinated and articulated vision of the city, in which citizens have a more active role, and which uses technological tools that allow for quicker thinking and manage services

Another case is that of Buenos Aires in Argentina, which has implemented a Single Center for the Coordination and Control of Emergencies (CUCC), which comprehensively covers the city’s security and emergency plans. The city also has a solutions system which is aimed at more efficient, clean transport and distribution systems that are also energy and water-efficient.

Developing a smart city model implies a more coordinated and articulated vision of the city, in which citizens have a more active role, and which uses technological tools that allow for quicker thinking and manage services in order to bring about the type of cities we want: habitable major cities that are functional, competitive, sustainable and attractive. 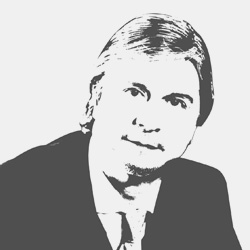 Fernando Ayala Ferraro
Managing Director of Indra Colombia
Ayala holds a B.S. in Systems Engineering from the Engineering Faculty of Uruguay. Ayala was born in Montevideo, Uruguay on November 26, 1963, and is an information systems Analyst. During his career, Ayala has led utility and energy projects in the Philippines, Mexico and Panama. In addition, since 2011, has worked as the Managing Director of Indra Colombia, a global technology and consulting company. [Uruguay]