Lima: the impetus of the Peruvian capital

In the last decade, Lima climbed 19 places in the ranking of the best cities for doing business in Latin America, written each year by the magazine América Economía. It moved from 26th place in 2006 to eighth place in 2016. Peru’s capital will hold the 2019 Pan American Games, and in recent years, the city has hosted–quite successfully–events that have attracted worldwide attention, such as the Asia-Pacific Economic Cooperation Forum, and one of the most important climate change summits in modern days: the COP20. For a city like Lima, which only a little more than a decade ago was not present on this international radar, these honors should not go unnoticed.

This diversity is the outcome of a country of contrasts that is profoundly multicultural, which experienced a radical migration and urbanization process whose backlash are still present

This new spirit of trust and adhesion could find its explanation in the growth of the Peruvian economy in recent years, the boom in cuisine, the upcoming construction of new subway lines, the promise of a reform that will modernize public transportation, the infrastructure projects being executed and the higher number of global companies that are setting up shops in the city. However, not all of these reasons are enough to understand the real size of what is behind this international awakening. Lima is a city that is building its foundations on an internal and effervescent energy that has been, and continues to be, a prior and an essential condition for these achievements and new possibilities.

Defining Lima in only a few words is a risky endeavor that would be quite difficult to get right. The Peruvian capital is a combination of several cities that, when interwoven, achieve a mix of cultures, experiences and ambitions that come together in a universe with its own life and its own spirit. Lima is creole tradition, Andean Huayno music and dance, tacacho from the jungle regions, the humidity that penetrates from the Pacific Ocean, the hills that herald entry into the sierra, the archaeological heritage that has survived urban expansion, the colonial inheritance that is seen in the architecture of its historic city center and the vertiginous modernity that redefines everything in its path. Lima is a blend of all of these and much more.

This diversity is the outcome of a country of contrasts that is profoundly multicultural, which experienced a radical migration and urbanization process whose backlash are still present. In a few short years, Peru has changed from being a country with a predominantly rural population to a country in which the majority of its inhabitants live in cities. In 1940, fewer than 45 percent lived in cities, and now 75 percent do. Indeed, more than half of the 30 million Peruvians live in the country’s 15 main cities, with one-third living in Lima.

No phenomenon has changed the Peruvian capital’s face as much as this displacement, which involved millions of people and originated–in the words of archaeologist José Matos Mar–a popular overgrowth. In 1940, Lima had 600,000 inhabitants; a couple decades later this number had tripled, and at present stands at approximately 10,000,000. Urbanization was one of the main changes gestated since the middle of the last century with the arrival in the capital of Peruvians from provinces, the Andes and the jungle that started to occur quickly, haphazardly, inorganically and completely lacking any planning. Lima changed forever. The city was overflowing in all senses and the way in which migrants settled in the city ended up reshaping economic, social, political and cultural relations that we can now see in its streets, hear in its music and savor in its dishes, which are conquering kitchens in the entire world.

Lima’s new residents, who initially faced great difficulties in managing to move to outlying districts of the capital seeking a better future, today are not only citizens who rightly demand respect for all of their rights, but are an example of innovation and, in many cases, the main generators of employment. They become the engine of an economy that today illuminates the main commercial emporiums. They were people driven by popular capitalism, who worked and were educated in order to define a new profile for the city.

This led to the city’s growth being accompanied by a decentralization process that has led to the creation of different development hubs. If in the eighties and nineties, the Lima designed for modern commercial exchanges was a single city, now there are many Limas interacting vertiginously together. A growing middle class is what is determining new patterns of consumption, tastes and aspirations. The mega shopping centers, operating in what were once the outskirts of the city, are a proof of this reality. In parallel, new spaces are opening for culture and entertainment. In August, last year alone, the International Book Fair in Lima welcomed over a half million people, the Lima International Film Festival attracted the main regional producers and directors, and the Mistura Food Fair–the most important in this part of the world–opened its doors again. The demand for new commercial, cultural and public spaces is increasingly bigger than the available supply.

More than half of the 30 million Peruvians live in the country’s 15 main cities, with one-third living in Lima

If to this new economic and cultural interaction scenario, we add that Lima concentrates nearly half of the gross domestic product and three-quarters of all of the country’s financial transactions, as well as being the only capital in South America on the ocean, with a strategically located port and airport in Callao to connect to the world. It is undeniable that Lima is not only one of Latin America’s most popular metropolises, but also one of the most dynamic, active and promising.

The official discourse of President Kuczynski at Peru’s homeland festivals, on July 28, had good news: the need to create an urban transportation authority to improve the capital’s mobility has been taken seriously. Furthermore, the construction of other subway lines added to the single line existing today is closer to becoming a reality, and not just a promise. The aforementioned is not a minor issue for a city where transportation is a main problem. There are also increasing voices that demand an urban plan and a territorial organization to create a true focus for the capital’s promising future, assuring higher life quality for people and certainties for investments. These are consensuses that did not exist several years ago and the same Lima residents are driving them forward, inspired by international experiences that have guided the renovation and modernization of the cities we live in.

There are also increasing voices that demand an urban plan and a territorial organization to create a true focus for the capital’s promising future, assuring higher life quality for people and certainties for investments

Lima is changing with the new needs of a society that opened up to the world and joined a current where cities are increasingly more relevant for defining the future of humanity. Lima claims its past and is challenged, is reinvented and exceeds itself on a daily basis, getting ready to surprise us once again. The Peruvian capital, with its challenges and opportunities, is an invitation to a very good possibility. 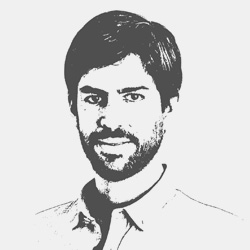 Augusto Rey
Consultant at IDB and Lima’s City Councilor
Rey is a lawyer with Master’s Degree in Political Science and Government from the Pontifical Catholic University of Peru (PUCP). Rey is currently Lima’s Metropolitan Councilor, a consultant at the Inter-American Development Bank on anticorruption reforms and public integrity, Global Shaker at the World Economic Forum and member of the Board of Trustees at the PUCP School of Government. Rey was a candidate for Deputy Mayor of Lima and the Congress of the Republic of Peru. In addition, Rey has worked as a consultant for public innovation, associated with Miranda & Amado Abogados, and as advisor for the metropolitan municipality of Lima. [Peru]