Liquid democracy and exponential technology for transforming the world

IDEASUNO MagazineLiquid democracy and exponential technology for transforming the world

It would take rivers of ink and hours of scrolling to include just part of economic and political history, all of which repeatedly show us how the participation of civil society and accountability of the governments is needed to achieve a more solid and transparent democracy. There is nothing new under the sun.

What appears to be new are the exponential changes of the 21st century. The popular term, which is often used today to refer to our changing reality, “liquid modernity” was first coined by Zygmunt Bauman, in 1999, to describe the absence of shape in an unstructured world, in which there is no security of employment and well-being is increasingly more fragile and globalization dilutes local culture.

It is precisely this concept that feeds “liquid democracy” which, among others, was defined by Steven Johnson in his 2012 book Perfect Future. The Financial Times journalist explains how the internet generates a decentralized techno-social structure–the famous peer-to-peer networks, such as the Wikipedia project–capable of overcoming what he calls “the hierarchical centralism of the State.” Thus, liquid democracy connects with activists and entrepreneurs that seek solutions to the challenges of liquid modernity under the principles of equality, cooperation and participation.

The new paradigm of liquid democracy is therefore about democratizing citizens and citizenizing democracy: giving citizens a greater role and recognizing the possibility of voting for decisions and making proposals, while also giving them the mechanism of transferring their vote to someone more specialized or someone they trust.

The uberization of democracy: the blockchain revolution and citizen participation

Just as Uber is revolutionizing markets, it seems that blockchain technology, as well turning upside down sectors of the economy like traditional banking, is doing the same with democracy. But, what is blockchain? Blockchain is a protocol that makes it possible for people to create trust through intelligent encrypted codes. Blockchain allows for the registering of operations that are distributed and synchronized between many computers and which cannot be altered without consensus.

If this technology is going to change anything, is the way we are going to participate in democracy. Experts like Stefan Junestrand maintain that blockchain can improve public administration management, allow the collaborative economy to operate with greater security for all concerned and contribute to sustainability policies within the framework of smart cities. For his part, the author of Blockchain Revolution, Dan Tapscott, reveals that with this protocol, big data could be used for prediction of markets, meaning it could be used to predict, for example the effect of specific public investments on unemployment rates. A real revolution.

These new forms of participation already exist in many places. Without looking too far afield, the Local Council of Alcobendas is going to allow citizens to vote allocation for budgetary provisions by using blockchain technology. Another example of disruption of the case of the app Sufragium, the biggest voting community, which is unique in identifying people through official documents, their votes are encrypted and, moreover, it allows for direct communication between citizens and local councils and other authorities.

Liquid democracy connects with activists and entrepreneurs that seek solutions to the challenges of liquid modernity under the principles of equality, cooperation and participation

Nevertheless, if we take a step forward in terms of participation, we find that the country with the highest level of electronic democracy in practice is Estonia, where, in April of this year, 30 percent of voters cast their ballots in the general election using their smartphones. This is a good solution to the problem of low participation and disaffection in politics.

Other initiatives of citizen engagement–that are no less important although perhaps less disruptive in terms of technology–are public consultations launched on their respective websites by various Ministries of the Spanish Government. This is the case of the Ministry of Agriculture, to consult civil society and experts on the proposed bill to prohibit plastic bags in 2020 or the Ministry of Industry’s bill to define the characteristics of tenders for major ICT projects. By using free software, participatory budget platforms have been launched by the City Council of Madrid, with Decide Madrid, focused on challenging citizen participation based on three pillars: relationship with councils, participation in municipal projects and fostering citizens’ proposals; and by the City Council of Barcelona, with Decidim Barcelona, whose website combines virtual forums of debate with face-to-face ones.

Technology at the service of the common good: BigData4Good and Apps4Citizens

French economist Jean Tirole, winner of the Nobel Prize, explains his theory of economy of the common good as follows:

This exact definition is pursued by technology with a social impact.

The blockchain can improve public administration management, allow the collaborative economy to operate with greater security for all concerned and contribute to sustainability policies within the framework of smart cities

Then there is the Social Innovation Cluster, SIC4Change, which aims to transform the way in which social problems are tackled and resolved. At its collaborative event, BigData4Good identifies possible uses of big data for social entrepreneurs, NGOs and the public sector, such as the World Food Program from the United Nations in Pakistan, which registers donations of food and money to each family in a public blockchain to facilitate control and transparency of the assistance provided.

Similarly, platforms like Apps4Citizens that bring together numerous initiatives in their web repositories, promote the use of applications for citizen participation. Such is the case of JoinIn, the first citizen collaboration app that allows users to create social initiatives or to join existing ones, or RefAid, an app that helps refugees and migrants that contributes to coordinating humanitarian work.

This is only an example of how emerging technologies can be applied in order to solve the big challenges facing humanity. Because, as Peter Diamandis, founder of Singularity University, claims that “the biggest global challenges are precisely the best business opportunities,” which generate enormous shared value for society. 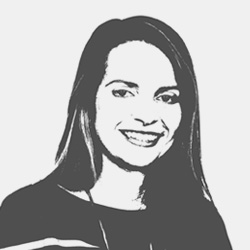 Ana Lorenzo
Founding member of the SIC4Change social innovation cluster
Lorenzo is a strategic communications, public affairs and CSR Consultant and a founding member of the SIC4Change cluster. Lorenzo has experience in the public sector, as an Advisor to the Spanish Prime Minister's Department and as Head of Cabinet for Spain of the Vice-presidency of the Economic Affairs Committee of the European Parliament. Ramirez has also worked in the third sector, in think tanks and media outlets, as an economic affairs columnist. Ramirez is Vice-president of the Alumni Board of the University of Navarra in Madrid, a member of the Alumni Board of the Harvard Kennedy School Spain Alumni Association and a member of the New Initiatives Committee of the Genova Financiers Club in Madrid, among other positions. [Spain]