The current boom in cities at national and international forums is nothing new. We only need to go back a few months to see the leaders in Quito, Ecuador, where local stakeholders were the main players at the third United Nations Conference on Housing and Sustainable Urban Development (Habitat III), which at the end of 2016 brought together some 50,000 participants from all over the world. It is also worth remembering that the modern-day State was founded and based on the city-State. Even today, there are still cases like Singapore and the Vatican City whose national territory consists of only a single city.

However, their weight has become more evident recently, in cases in which environmental, economic and political circumstances tested the capacity of national governments and politicians to meet citizens’ demands. We have seen how groups opposing President Maduro in Venezuela that have organized themselves at a neighborhood level, as well as the way in which residents of different cities in the United States have demonstrated at a local level against the policies of their new federal government. Beyond the details of each case, both are examples of communities’ abilities responding through their own means to situations of external origin that yet affect their wellbeing.

Thus, we see how in the current panorama–in which change and uncertainty seem to be constant–there are increasingly more vigorous responses from local authorities and communities in cases in which the national governments are not meeting their needs. These reactions reveal their ability to “absorb alterations and reorganize themselves, while in parallel undergo change, so that they retain their functions, structure, identity and basic cycles,” which is what we call resilience.

It is important to stress that the majority of this urban growth will happen in cities located in low and middle income countries, which magnifies the difficulty of any challenge, due to the inequalities and shortages that generally prevail

This term, which originated in the fields of Psychology and Ecology before moving into the Social Sciences, has permeated countless policies and initiatives in recent years. This is so true that it merited 18 mentions in the United Nations’ Sustainable Development Goals, and the Rockefeller Foundation launched a large-scale initiative called 100 Resilient Cities, with the aim of strengthening the resilience skills of 100 cities around the world. Numerous disciplines apply resilience today with the purpose of tackling current challenges, including topics such as the mitigation of, and adaptation to, climate change, crime prevention, reducing urban violence and combating poverty. In all of these issues, cities stand out as the key players.

This is no exaggeration, as more than half of the world’s population lives in cities today, and the expectation is for this number to increase to 60 percent by the year 2030. It is important to stress that the majority of this urban growth will happen in cities located in low and middle-income countries, which magnifies the difficulty of any challenge, due to the inequalities and shortages that usually prevail. This is why growth must be tied in with strengthening local stakeholders’ abilities to prepare, adapt and prosper in the outcomes of these challenges, as they will be the ones, as they always have been, at the front line of any efforts, putting it into practice and giving lessons on resilience. 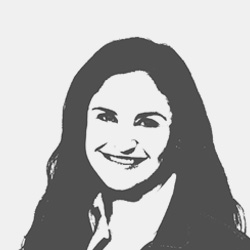 Antonieta Castro-Cosio
Associate Researcher at MDRC (New York)
Castro-Cosio has a PhD in Public and Urban Policies from the New School in New York and is currently an Associate Researcher in the Department of Low-Wage Workers and Communities at the think tank MDRC. Her research areas include policies on urban sustainability, financial inclusion and social-ecological resilience, primarily in low-wage urban communities. Castro-Cosio previously worked as director of Sustainable Development Dialogue at the British Embassy in Mexico, in charge of developing the strategy for the program in the areas of sustainable cities, governance for sustainable development, climate change, natural resource management and sustainable consumption and production. Castro-Cosio holds a degree in International Relations from the Monterrey Institute of Technology and a Master in Development Management from the London School of Economics. [Mexico]