Ever since ancient times, human beings have grouped together in strategic areas in order to exist and, these cultures and their cities have been defined in line with the climate and resources of those areas.

Cities began to appear close to the sea or rivers, giving them access to communication routes and natural resources. Sometimes they appeared on mountains or in isolated places in order to protect themselves from military attacks.

The cultures that we know have, largely, grown or come to a standstill due to where they established themselves. Some have emigrated in the search for better life conditions, while others have adapted to their habitat, achieving growth in the same place.

Climate is a determining factor as it causes those in cold climates to prepare for their survival, working extremely hard during the warm months so that they have supplies and protection during winter, developing suitable rooms that respond to the harshness of the weather. On the other hand, those in warm climates have normally developed less due to the access to food, resources and even housing, which does not require great isolation and the availability of building materials is abundant. This makes groups that live in cold places develop more intellectually.

Talking about today involves talking about the future, but due to the rapid rate at which these technological advances come about, it is very complicated to predict what is going to happen to humanity and cities in the future

Faith and religion have also been other factors regarding the culture and the development in cities. Some cities have always been led by a government, be that military or religious, which have launched large-scale works in the name of God or a military leader, thus causing large periods of wars, invasions and changes, growth and disappearance of cities, all in the name of faith or for the vanity and ego of the governors.

Humanity and cities have been evolving constantly and undergoing changes in each era, which led to where they are today. In short, it began with the use of fire, then the use of metals, then the industrial period came and we get to where we are today: the cybernetic period.

Talking about today involves talking about the future, but due to the rapid rate at which these technological advances come about, it is very difficult to predict what is going to happen to humanity and cities in the future.

Communication, information and technology have led to unimaginable cities. However, a large proportion of the world still lives in extreme poverty and in very precarious cities. Inequality of resources and the interests of the economic worlds, financial stock markets and the military have isolated and exploited these sectors of the population, holding them back from all of the benefits of modern technology.

Before the technology boom, people lived where they could and they traveled from home to work and back again, whereas nowadays there is the possibility of virtually being in another place regardless of physical location. This could change the way we conceive a city. Perhaps this will be the way we escape the madness of traffic, crowds, bottlenecks, two-hour commutes, pollution, stress, hostility and it will likely be a way of being able to see the countryside and areas far from the metropolis as an option when seeking for more ecological ways and thus re-establishing the planet’s natural order.

There is another situation that we should pay attention to: over population. This is one of the biggest problems, which exist these days and, if we do not think of global investment in how to solve this, we will face (if we do not already) a larger problem. There is an option that would solve not just this problem, but all of humankind’s problems: education.

In today’s world, we have technological instruments that allow, through communication channels, for education to reach every corner of the globe. By doing so, people can gain awareness of the real situations that we are facing in terms of major cities, the countryside, over-population and perhaps, it can make us focus on searching for happiness through culture and the appreciation of nature and its wonders, rather than materialism and irrational consumerism.

What also further complicates the prediction of the future is that we are facing an exponential growth of technology, and it will not be long before this becomes an independent entity through artificial intelligence. Immediately, images of an apocalyptic world spring to mind, of killer androids governing us and wiping us out. Let us hope that is not the case, but by natural logic we tend to be pessimistic when thinking about the future and the truth is that there are reasons to be.

To conclude, I think that these days we have the tools to be able to solve the problems, which are currently affecting our cities. I know that it would be difficult to plan long-term, due to the speed at which the population grows and technology advances

We must admit that the human being, as part of a balanced universe, has a negative and a positive part. The negative element is our selfish and power-hungry side, the part that has caused wars, spread hate and destruction and oppressed great parts of the population for the sake of personal interest. However, there is the other part that builds, helps, inspires and elevates us culturally and spiritually, and through education, which is what we must promote.

There have always been architects and city planners with visions of incredible urban utopias, but that is what they were: utopia and science fiction. It is time to find ways for these futuristic projects can adjust to our future, or seek out new ideas based on all of the knowledge that we have gained throughout this last century. We can implement new ways of generating energy and recycling absolutely everything, the recovery of drinkable water, there are even desalination plants, which exist today on a small scale, which use solar energy that would allow cities to establish in the most remote areas of the planet.

To conclude, I firmly believe that today, we have the tools to be able to solve the problems, which are currently affecting our cities. I know that it would be difficult to plan long-term, due to the speed at which the population grows and technology advances, but we must solve this on a global scale, without political or economic interests, purely thinking about the common good. Perhaps, utopia. 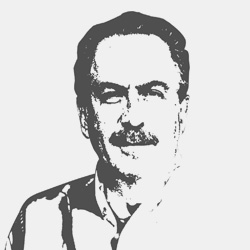 Gerard Pascal
Founding Partner and Director of PASCAL ARQUITECTOS
Pascal was born in Montevideo, Uruguay in 1954 and moved to Mexico in 1972 and studied architecture at the Universidad Iberoamericana in Mexico City. In 1979, together with his brother Carlos, they founded Pascal Arquitectos. Pascal has appeared at many conferences in Mexico, the United States, China, Europe and South America. Pascal is a member of several international associations including the IIDA (International Interior Design Association), AMDI (Mexican Association of Interior Designers) and MI-IFI (Mexican Society of Interior Designers). Pascal is a Professional Associate Member of the IFI (International Federation of Interior Architects/Designers) and a Fellow Member of the IDI. [Uruguay]