Humankind’s evolution is essentially a phenomenon of city dwellers. It is in the cities where the important innovations and theories that have made us progress were developed. Indeed, one could argue that the urban environment is the most genuinely human ecosystem. Thus, cities have been essential to our history. In addition, however, a much more basic question is being asked: Do cities have a future?

If forecasts are accurate, by 2050 over six billion people will live in major cities. This means that cities must be capable of handling these challenges:

Historically, the cities that have managed to be economically, socially and politically viable have progressed, although normally at the cost of being environmentally unsustainable. This has forced metropolises to increase their ecological footprint, often disproportionately, to obtain the resources they need. However, this strategy has become unfeasible, and it will become less and less. In the future, only cities that can generate their own resources will have a future. This means that cities must be self-sufficient and close their production cycles to minimize the loss of resources. Right now, cities can already produce much more energy, efficiently use the water that they receive, grow crops in vertical farms and reduce waste generation. However, what is possible now may not be later depending on climate change, which calls into question many cities’ capacity to sustain a growing population. A commitment to sustainability is increasingly becoming a requirement rather than merely an option.

However, what is possible now may not be so later depending on climate change, which calls into question many cities’ capacity to sustain a growing populatio

The English term “livability” often translates as life quality, although in reality it refers to something more basic that in this case, it could be described as cities’ capacity to make a life worth living possible. This transcends a city’s ability to ensure that a specific number of people can live in it. It implies that these people can also have access to health, education, culture, entertainment and security, infrastructure and many other services. Essentially, it is important that everyone have easy reach and access to these services. Social issues, therefore, should be included here such as the fight against social exclusion, the promotion of gender equality, the protection of minors, and so forth. One could say that if sustainability guarantees people’s survival, livability makes it possible for human societies to develop in healthy cities (in the broadest sense of the term).

If cities are interesting it is not because they let many people live together, but because of what happens when so many people live together. In effect, a city is density before anything else. Low density does not lead to the urban phenomenon and, at most, we will have suburbs and housing complexes that do not make true citizen-life possible. However, where density is too high, this affects “livability,” and the most probable situation is that the urban agglomeration would cause all manner of tensions that would make the city less attractive. No. A balanced density lets complex social networks be woven, leading to a concentration of talent and the emergence of innovation and creativity. Furthermore, if this density contains a high degree of diversity, these qualities will increase (although so will the risk of social conflict). In some way, an active and vibrant city has to move in dynamic equilibrium, not entirely free of tension. It would be tough for innovation to take place in a city that is too comfortable.

An active and vibrant city has to move in dynamic equilibrium, not entirely free of tension. It would be tough for innovation to take place in a city that is too comfortable

This last factor is particularly decisive in a world that needs transnational governability tools, but in which pro-State logic seems to prevent this from happening. Can cities become the new players that bring about a truly global system of governance? There are arguments that suggest this may be possible, given that the large metropolises share similar circumstances and problems. Indeed, these similarities between cities are often greater than their similarities with the surrounding territory. Therefore, it makes sense for cities to try to take on greater levels of self-governance so that they have the instruments they need to handle the challenges set out and become truly sustainable, livable and creative cities. 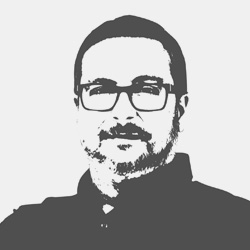