The so-called “white label” brands mark a particular time: that of the greatest economic crisis in our century thus far. Their key attribute was not—and still is not—emotional, but purely rational and pragmatic. They are identified with cheaper products, an average quality compared to others in the market and the endorsement of large supermarkets that cater to potential clients who put practical criteria ahead of aspirational ones. White labels do not appeal to the subconscious but to rationality, and they continue to enjoy great success because these products meets consumer needs with commercial honesty, even if they reject emotional marketing for economic reasons. They are not “lovemarks;” that is, they do not seduce or excite emotion, nor do they create dependence, but instead carry a strong connotation of utility which, though it may seem strange, approaches customer need with humility.

White labels have ceased to be only a commercial denomination, becoming a clearly cultural definition. Their evocation connects with a defined social, economic and political era: that of the great economic crisis of the 21st century. So, when you write about those years of recession, unemployment, inequality and scarcity, you must mention white labels as a response to the recession. This type of brand—not strictly anonymous, but rather generic—has dictated a tendency, a way of consuming and, consequently, a way of living. They have shaped a cultural era, if we understand that to mean the way in which citizens live and behave as an expression of behavioral conduct, the way of acting in a certain historical timeframe and, therefore, a cultural manifestation.

“When writing about those years of recession, unemployment, inequality and scarcity, you must mention white labels as a response to the recession”

There is a broad consensus that services and product brands—a concept different from the commercial and social definition—must respond to certain principles. They must faithfully reflect the nature of what they are offering and have to act responsibly toward their clients. They should incorporate emotion to drive loyalty by converting the consumption of their products and services into authentic experiences, and they have to lead brand advocacy with a legion of advocates who will enhance their reputations and multiply sales. But that consensus is not so broad—perhaps I would even say it is still elitist—with regard to a need for commercial brands to be part of the cultural reality of their time.

How do brands become part of a culture? It is a good question with few definitive technical or academic answers. Therefore, the challenge of branding is a highly specialized (and sophisticated) professional discipline that requires a body of work regarding how brands create culture. It could be argued, and it would be true, that pictorial Warholism could not be fully understood without the mythical brands-turned-icons of artistic creations. These marked an era, as did the Warhol’s paintings of the Campbells tomato soup can (1962) and Coca-Cola bottles, not to mention the magnificent portraits of Marilyn Monroe and Elizabeth Taylor. Warhol’s pop-art of the 1960s’ is a reference point for the symbiosis, at least in part, of a certain kind of branding (remember there are personal brands, such as those of the aforementioned actresses) with one of the most defining cultural expressions, which is visual.

The challenge for brands is, on the one hand, to accompany social trends (which are a cultural expression), and, on the other, to create them or at least be at their forefront. It can then become part of the cultural heritage of each era, with deep interplay between the identity that incorporates the brand and the society where its products and services are offered. This phenomenon is already happening, and with some notoriety. Many theaters and auditoriums in the most developed countries—including the United States and Spain—have incorporated a commercial brand to identify themselves, and so have sports stadiums. This phenomenon is called naming rights, which implies an advertising technique, a method of overcoming the usual marketing conventions, which manages to tie cultural events—whether sporting or scenic—to the commercial brand, establishing a line of coherence.

The cultural alignment promoted by some brands, particularly those that encompass or lead new lifestyles and are undoubtedly cultural expressions of our time, is even more pronounced. Slow-wear habits are encouraged by clothing products that value ecological aspects and energy savings in garment production, seasonal versatility and affordability. It is a revolution of attitudes toward the rampant consumerism of the last two decades. Something similar is occurring with the so-called “slow food,” an originally Italian international movement that, symbolized by the snail, aims to dignify the physiological fact of eating and endow this daily routine with a certain life philosophy. These tendencies have a driving social force, but are simultaneously driven by the brands that offer a cultural response to these new urges.

On another note, brand design, color and image are all part of the visual culture, and sound trademarks (which are on the rise)—an adaptation to progressive digitization—contribute decisively to modern societies’ creative heritages and are an inseparable part of their artistic manifestations. This is so true that, today, the challenge for brands—in addition to all those that have been identified in recent years—lies not only in being a part of cultural reality, but in being cultural reality itself. We could ask ourselves why, but the answer is clear: technology is almost synonymous with knowledge, and high-quality digital content always adds knowledge and value. The combination of these two concepts brings us to cultural reality as the leading driver of our time. Brands must participate in drawing up that script. 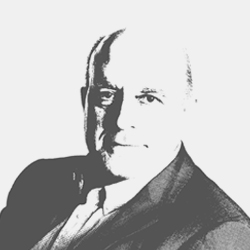 Jose Antonio Zarzalejos
External advisor
An external advisor for LLYC, he previously held the position of managing director of the firm in Spain. A journalist and law school graduate from the University of Deusto, he was the director of El Correo de Bilbao, general secretary of Vocento and director of ABC in Spain. He has been honored with several professional awards, including the Mariano de Cavia Award from the Federation of Press Associations of Spain, the Javier Godó for Journalism award and Luca de Tena award. [Spain]