From prime time to my time

It seems it was only yesterday that television channels competed to lead audience share during prime time. It was a type of schedule that made it possible to have millions of people gathered in front of the screen at the same time, enjoying their favorite programs.

Today, thanks to technology, connectivity and more than 2.6 billion people addicted to their smartphones, habits have changed drastically. We have migrated away from prime time and toward my time, especially among millennials and Generation Z.

Gone are those moments when entire families gathered in front of the television to watch shows with set schedules. Screens have multiplied, content has become segmented and audiences now decide when, how and where is best to watch the news, catch up with friends or enjoy their favorite programs—on my time, not a set schedule.

“We have migrated away from prime time and toward my time, especially among millennials and Generation Z”

Streaming platforms and multimedia networks, like YouTube, spearheaded this transformation. Suffice to say that online video has penetrated 74 percent of internet users in Latin America, a figure that reaches 80 percent when we talk about mobile penetration.

Currently, only large-scale events, such as the Super Bowl, continue to capture the attention of a whole family around a traditional screen with the same scale they used to. But even this type of content has moved outside the living room, with real-time conversations over social networks increasingly replacing physical gatherings. Viewers are no longer consuming content via a single channel, but have embraced the multi-screen era, which offers numerous possibilities for interaction—for both users and advertisers.

Increasing use of Smart TVs and other devices as “companions” of traditional screens force advertisers to look for innovative ways to reach viewers. Well-designed experiences can not only make for enjoyable moments, but also maximize the time users spend interacting with brands.

People no longer want advertising to interrupt their shows, choosing instead to view the number of episodes they want on their own time and on the screen they prefer. As habits have evolved and consumers have changed, producers have enthusiastically undertaken the challenge of focusing not only on developing content that adapts to viewers’ new needs, but also on capitalizing on the benefits of technology to offer advertising in surprising formats, engaging consumers and becoming an important part of their my time.

At Cisneros Media, we have adapted to the new era. Almost a decade ago, we already knew content had to transcend the TV screen, so we turned Eva Luna into the first soap opera in the United States with a multiplatform strategy.

We turned beauty contest training and preparation into a reality show that served to promote brands, and we transformed the way we tell stories, changing the structure of soap operas by adding surprise elements to help allow them compete with TV series.

Equally, we have tried to ally ourselves with the best talent to create differentiated content. Such is the case with Getty Images, using Mobius Lab to produce tailored content—in terms of genre, format, language and platform—for channels such as Nickelodeon, A & E, History, Lifetime and NatGeo, among others.

Similarly, through our alliance with Facebook and what we call the new era of the Mobile-First Soap Opera, we developed a novel narrative structure that allows Facebook, Instagram and Messenger to deliver content during my time in an organic way, allowing brands to effectively reach their target audiences. This structure consists of linear 1-3–minute episodes posted on social networks twice a week, sharing previews of upcoming content.

Each Mobile-First Soap Opera will be accompanied by its own “ecosystem,” a wide variety of content pieces that give both the stories and their characters greater depth, in addition to promoting organic brand interactions. Finally, Messenger will act as a vehicle to help audiences easily share and catch up on episodes.

It is a system that permits brand integration and the genuine inclusion of the product in daily life. By distributing content on a social network, we can hear what audiences think through their comments, getting to know their preferences and allowing their voices to guide the editing and presentation process for future episodes.

“The battle strategy for each one of us with a part in this story should resemble that of a chess match: a few moves with a strategic focus on the new territory of my time”

Let’s not forget that one of the biggest advantages of my time is its ability to measure, for the first time in history, real demand for specific content.

Without a doubt, we are facing an exciting era, with new challenges such as monetizing advertising without making it intrusive for consumers; knowledge of audience preferences, habits, purchasing power, payment methods and psychology; content ‘globalization’ despite trade restrictions; and alliances between producers, television channels and streaming services to maximize content reach.

The battle strategy for each one of us with a part in this story should resemble that of a chess match: a few moves with a strategic focus on the new territory of my time. 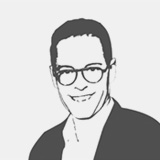 Jonathan Blum
President of Cisneros Media
He is the president of Cisneros Media, a division of Cisneros that incorporates open television companies, TV-Paga, production, content distribution and beauty contests. He supervises all Cisneros’ media and entertainment interests, from Venevision, Venezuela's leading open television channel with cable networks in Latin America and the United States, to independent production and global content distribution companies based in the United States. Before his current position, he served as Venevision’s vice president and general manager, managing all its operations. [Venezuela]