Look who’s talking. Brands and consumers in the age of artificial intelligence

IDEASUNO MagazineLook who’s talking. Brands and consumers in the age of artificial intelligence

Theodore Twombly: “You feel real to me, Samantha”
Samantha: “Thank you, Theodore. That means a lot to me ”
(HER, 2013, Spike Jonze)

In the film HER, directed by Spike Jonze, Theodore Twombly is a lonely man who tries to overcome a sentimental breakup while writing letters for relatives or friends of people he knows who, for some reason, can’t or don’t want to write themselves. When Theodore tries a new artificial intelligence based on personalization and learning, which he names Samantha, he begins a friendship that eventually leads to love. According to Björn Schuller, professor of Artificial Intelligence (AI) at the Imperial College London, the basic technology we see in HER it is actually from the last decade. According to Schuller, “We have to ask what level of autonomy we want for AI in the future. Is it about bringing Alexa or Siri to a level where they not only receive orders via voice control, but also maintain a continuous and fluid conversation? Because we can do that already.”

According to a global PwC study, despite the fact that only 10 percent of respondents currently have an AI device, one in three of them plan to acquire one soon. This study adds the fact that consumers in large economies such as Brazil or China are ahead of the field in terms of purchase intentions, reflecting the speed at which AI is moving. This is true not only among consumers, but also companies with mass consumption and retail at the forefront. In other words, this technology is not only changing relationships with consumers, but also logistics, shipping and segmentation, hand-in-hand with other trends such as the Internet of Things (IoT) and image recognition, both of which provide companies with mass data they didn’t have before now.

“Younger generations are willing to provide data with fewer concerns, as long as it leads to a more relevant brand experience”

A total of 53 percent of consumers in the U.S. say they are concerned about their data usage, changes in the privacy model and how those who engage in marketing use all this new information available. However, younger generations are willing to provide data with fewer concerns, as long as it leads to a more relevant brand experience. Why? Because as the reign of AI widespread, the balance between those two factors will become increasingly important. Let’s put it another way. If, instead of helping consumers discover new experiences, AI isolates them in a world that is increasingly closed and small, they will likely end up rejecting it.

We saw this during Spotify’s development, where we are influenced not only by the music we already like, but also by what we might like but is still outside our comfort zone. Recommendations will be key, and those who work in marketing should think primarily about how to use this to approach AI from a perspective of personalization and expanding consumer vision.

According to a Salesforce study, this paradigm shift implies clear expectations from consumers and huge responsibilities from brands:

• More connected journeys, as implied by the breakdown between company and brand silos.
• Personalization, which is necessary for customizing contact points.
• Innovation, the key to continue pushing the limits of experience.
• Data protection, for which consumer confidence should be the highest priority.

As AI (and all other associated technological developments) is moving faster, we will start to see how jobs related to marketing are being transformed. Virtual assistants have the firm prospect of becoming the main channel for connecting consumers with brands in the next few years. While some brands are still trying to understand how to build web platforms and conversation strategies in more effective networks, this new revolution opens a new front which completely modifies the relationship. The decision-making process behind these virtual assistants has shifted priorities too, going from seeking to become one of the main results in a Google search to becoming the top recommendation given by a virtual assistant when a user has an inquiry.

In search of the perfect recommendation, these virtual assistants will become key to brand loyalty and affinity, since they have the capacity to learn from the consumer’s previous choices. As the relationship between AI and consumers grows closer, what they will really do is live their own customer journeys to make better decisions. A full 66 percent of consumers already expect brands to understand their needs. If 40 percent of consumers believe they will use a voice assistant instead of an app or a website in the next three years, it seems clear that those who are capable of creating experiences that not only generate more affinity and loyalty, but also come recommended, will be able to position themselves advantageously in this change.

Voice assistants also offer a new opportunity for brands to turn the (until now) eternally intellectual promise of branding into a real, tangible thing through voice generation. This change will revolutionize consumer relationships and involve a shift from thinking about how to make people click on ads or content to creating a brand voice people really want to talk to. There are plenty of examples, such as Ask Liv by Estée Lauder for Google Home, Echo Look by GQ, Voque and Amazon for Amazon Echo or Whisky Tasting 101 by Johnny Walker for Google Home.

This future of extreme disintermediation implies we will be able to stop talking to people (human employees at different levels of the brand) and start talking to the brand itself through a system with a very specific behavior. Until this happens, it is certain that the prospect of a direct relationship between brands and consumers should lead many marketing and brand managers to reflect. They should analyze whether they are helping to create an attractive personality people want to talk to for their brands or if, on the contrary, they are saturating the consumer with empty conversations and irrelevance. 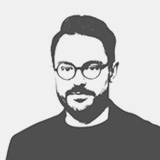 David Gonzalez Natal
Global senior director of Consumer Engagement for LLYC
The global senior director of Consumer Engagement for LLYC, he has worked in media outlets such as El Mundo and Cadena Ser, and he has been part of the press department for Círculo de Bellas Artes de Madrid. Before joining LLYC, he led national communication campaigns for seven years as the chief coordinator at PR agency Actúa. As a global leader in the Consumer Engagement area, he has led important projects for Campofrío, Coca-Cola, Telefónica, Gonvarri, Bezoya and Sacyr and has won more than 50 awards, including one Cannes Lion and two Soles. He holds degrees in Journalism from the Complutense School of Madrid and in Global CCO from ESADE. [Spain]