In the midst of a generalized framework of uncertainty and weakening of international cooperation, in recent years the idea that the process of globalization is in retreat has taken hold. Like most things in economics, this statement is partly true and partly exaggerated.

In recent years the idea that the process of globalization is in retreat has taken hold. Like most things in economics, this statement is partly true and partly exaggerated.

The most commonly used data to make this statement is the evolution of trade in goods (exports plus imports) as a percentage of the GDP, which peaked in 2008 and then began a slow decline, especially after the financial crisis.

Behind that figure, however, there are divergences: it peaked in China a little earlier, in 2006, while in the United States it did not decline until 2011, and in Japan until 2014. In the European Union, the world’s largest trading bloc, it only seems to have stagnated at around 30%.

What is the reason behind this trend? The explanations vary widely and are not always accurate. Some blame it on globalization fatigue: while acknowledging that it has reduced poverty (the total number of people in extreme poverty has fallen from 1.9 billion in 1990 to 650 million in 2021) and, consequently,  international inequality, they argue that the improvement is due exclusively to developments in China and India and that it has come at the cost of increased domestic inequality.

This is not true. Global poverty reduction has been a widespread and dynamic phenomenon. The concentration of poverty has been shifting from East Asia in the 1990s to South Asia in the 2000s, and then shifted to sub-Saharan Africa. Even there, in countries as poor as Ethiopia, poverty has halved in just one generation.

Regarding inequality, the data indicates that, as measured by the Gini index, between 1990 and 2021 it has increased in some countries, starting with the most advantaged (China and India), but it has not grown systematically. It has done so in the United States (from 0.41 to 0.48), in Spain (from 0.32 to 0.34) or in Italy, but has remained relatively stable in France (0.32) or in the United Kingdom (0.35), showing that inequality may have more to do with national factors (such as the functioning of the welfare state or the labor market) than international ones.

There are other less well-known- explanations for the slowdown in trade. On one hand developments in the countries involved, usually implies an initial rise in trade that then moderates. This is what has happened in China, which has standardized its trade in relation to its size, producing more added value and assembling less. On the other hand, the effect of prices, because although in these days of inflation we forget it, for decades the prices of many basic and industrial products have been falling: of the 9.1 point reduction in the trade/GDP ratio between 2008 and 2020, more than 60% (5.7 points) is due to falling prices.

Moreover, we are looking only at 20th-century trade, which is trade in goods, when trade in services (which accounts for 25% of the total) does not follow the pattern indicated: its trade/GDP ratio has always been lower than that of goods (since services are not protected by tariffs, but by regulation, which is more difficult to eliminate or harmonize), but for the time being it has not stopped growing. Within its heterogeneity, trade in services that can be supplied virtually (generally under the heading “Other commercial services”) has increased 11-fold between 1990 and 2020 (more than double the figure for goods).

All this is compatible, of course, with the undoubted momentum of the anti-globalization movement throughout the 21st century, which has at least helped to increase the degree of transparency of trade agreements and to remind us that trade generates competition, and therefore winners and losers. It is also with two inevitable recent blows to globalization.

The first is the COVID-19 crisis, which has highlighted the danger of excessive dependence on other countries for essential goods, and also the fragility of global supply chains. The second is the invasion of Ukraine, which has definitively awakened us from the illusion that trade and economic interdependence alone guarantee peace (as in Europe). The reality is that this is only true among democracies and that the opening up of Russia or the incorporation of China into the World Trade Organization has not led to more westernized or liberal countries, but rather to more powerful countries willing to exercise their power in defense of their interests. This is why we have begun to speak of strategic autonomy (in the case of Europe, with the reassuring adjective “open” added) to justify, if not a generalized reshoring of supply chains, then a relocation around allied countries (friendshoring)

What can we expect in the future? The idea of comprehensive deglobalization, understood as an attempt to produce at a national level, does not seem sustainable. However, we should not rule out the possibility that a pattern of regionalization of supply chains will intensify in the coming years,  (because physical proximity has always been a very important factor in trade), more goods are produced intra-regionally (Europe, America, Asia) and less at the inter-regionally (between Asia and Europe), to ensure security: from just-in-time to just-in-case. But all of this will probably be modulated by strong growth in services, especially virtual services, where the only distance separating countries is regulatory.

We should not rule out the possibility that a pattern of regionalization of supply chains will intensify in the coming years: more goods are produced intra-regionally (Europe, America, Asia) and less the inter-regionally (between Asia and Europe). 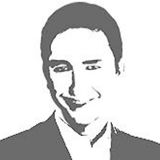 Enrique Feás
Senior Researcher for Elcano Royal Institute
He is a Commercial Technician and State Economist on leave of absence and an associate professor at IE. He has previously served as an Economic and Commercial Counselor in several Spanish embassies and held various positions in the Ministries of Economy and Trade. He is a specialist in international economics and the Next Generation EU program and the Recovery and Resilience Plans.