“While I am sleeping, the tree grows”, says one of the poems by J. A. González Iglesias. It is a recurring verse that I repeat to myself every time someone utters the word “uncertainty”. It is as if it helps me to draw a red line that I do not allow myself to cross, a line that alerts me to uncertainty as an excuse, that keeps me away from the temptation of paroxysm. We have filled our eyes with anxiety and collapse, and all the questions, personal and otherwise, revolve around “what next?” We have turned the phrase, “only the lobsters are missing”, into a philosophy of life. A life of scarcity that promises little and threatens constantly. Without really knowing why a certain feeling has set in that matters much because we will be shaken by an irremediably worse future. But what if it turned out well?

While we look for signs in the universe to reaffirm our beliefs, there is a mutating society that craves leadership and, like the tree, while we are sleeping, grows. There is much to be done in this new speed that calls for boldness, different approaches, and different management models, also in relation to public policies. Now, perhaps, more than ever. Uncertainty as a framework puts us (institutions, companies, and individuals) in brain mode, which is the survival mode: you know, the distant memory of ending the day in the cave safe and sound after escaping from the lion. In this mode, a large part of the political class, in order to perpetuate itself, is oriented only to the next electoral appointment. In that way, many companies, in order to perpetuate themselves, focus only on the next round of investment. All of them are incapable of raising their gaze to the social phenomenon that is coming, to us, to the why and the how.

While we look for signs in the universe to reaffirm our beliefs, there is a mutating society that craves leadership and, like the tree, while we are sleeping, grows. There is much to be done in this new speed that calls for boldness, different approaches and different management models

It is estimated that at least 30% of a company’s EBITDA (gross operating profit) depends on the regulatory framework in which it operates. This was a McKinsey estimate from 2013. Everything that has happened since then has increased the weight of regulation and public policy in a company’s decision-making. On the other side, where by dint of unexpected twists and turns and various disruptions, the State (“that well-founded illusion” of which Bourdieu spoke, “that place that exists essentially because we believe in it”) has been gaining in inefficiencies and impotence. This is the pending shift from the framework of uncertainty (and its management of the immediate and the scarce) to the acceptance of interdependence as a buffer against uncertainty. For what? To reach a joint commitment to a better and credible “we”.

The framework of uncertainty keeps us alive, yes, but precariously. The State is heading towards being a mere manager of the malaise. Companies are moving toward being mere managers of scarcity. Here, too, there is a lot of public-private partnership work. The fact is that in scarcity you can gain a lot before you lose everything. It is the lobby of the conjunctural, of the up or down type, of the abuse of the courts to gain time for decisions, of the emissions market.

The framework of uncertainty keeps us alive, yes, but precariously. The State is heading towards being a mere manager of the malaise. Companies are moving toward being mere managers of scarcity. Here, too, there is a lot of public-private partnership work.

On the contrary, in the acceptance of interdependence, there is a conviction that we will continue to be worse off before we can be better off, and that we will continue to lose before we can start to win. Accepting uncertainty and embracing its shock absorbers requires a new kind of leadership that is not simply quick-win, capable of thinking, devising, and growing with social justice. This is nothing new, no matter how hard we try. We come from there. This was already agreed upon when the International Labor Organization was founded back in 1919. It is not so new that in order to build a more inclusive, egalitarian, and just society, radical red lines must be drawn. Lobbying, as a “legitimate act of political participation”, will be a determining public policy lever. If we get it right, we will see a lot of public policy made, or driven if you prefer, from the private sector. Not as an oxymoron or as a threat, but as the best alternative to the negotiated agreement. The major challenges (environmental, technological, demographic, and labor), those that are looming and those that are hidden, can only be met with a public-private commitment to projecting ourselves as better.

If while we sleep the tree still grows, the apocalypse can wait. 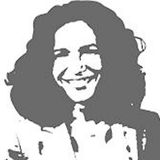 Carmen Muñoz Jodar
Senior Director of Public Affairs at LLYC
She holds a degree in journalism from the Complutense University of Madrid and postgraduate degrees in Business Management and Communication Management (IE) and Electoral Campaign Management (ICADE), with a doctorate in journalism with the thesis "Geopolitics of lobbying. Towards the privatization of political decision-making". She teaches institutional relations and lobbying at several universities.