The concept of economic sustainability of the public and private healthcare system has led to a misguided dichotomy about the economics of resources versus medicine expenditures. Due to a crystallized vision that prioritizes a pre-established budget for the purchase of medicine, in many cases already surpassed, against the benefits that therapies can provide with more modern and expensive technologies, the first alternative is almost always chosen. Medicine procurement legislators seem to have overlooked the fact that the price given to medicines is the price given to the health of Brazilians. While initially, the investments are higher, in the short and medium term, the positive effects of new medicines for the community can, in many cases, even alleviate the costs on the health system and lead to a healthier society.

However, the simplistic approach to these matters means that more complex underlying concepts are not addressed. The opinion of segments of civil society directly involved in the care of the sick, such as patients, doctors, and family organizations, are not being considered in the decisions, always taken under the pretext that procurement is based on the available budget. Thus, the relationship with the stakeholders most involved in this process becomes asymmetrical due to the dominance of key decision-makers tied to financial spreadsheets, not social and scientific transformations. Recent studies show that, between 2012 and 2019, most medicines used to treat rare diseases in Brazil were rejected for incorporation when submitted by the pharmaceutical industry. This is partly because there is no special procedure or criteria for assessing these medicines, unlike in the UK and Australia.

The opinion of segments of civil society directly involved in the care of the sick, such as patients, doctors, and family organizations, are not being considered in the decisions.

New technologies for medical therapies developed in the world’s most advanced research centers will naturally involve higher costs at the outset. However, it is unquestionable that it is worthwhile for these costs to be overtaken by the healthcare system due to the positive effects on society. The reality in the country today is that, due to this narrow vision of the purchase of medicines by the government or by the private system, decided within the scope of Conitec (National Commission for the Incorporation of Technologies to the SUS) and Cosaúde (Standing Committee for the Regulation of Healthcare), many advanced therapies for the control and cure diseases in areas such as oncology, multiple sclerosis, hemophilia, and rare diseases, in general, remain outside the role of the ANS (National Agency for Complementary Health) and the Ministry of Health’s pharmaceutical assistance programs. Although, from a purely economic perspective, several new high-cost health technologies can have a positive budgetary impact by reducing emergency room visits, hospitalizations, or other costs for an inappropriately treated patient.

In many cases, this leads to patients seeking access to non-incorporated medicines through litigation, which is the least desirable path from the viewpoint of good public policy. Orphan medicine represents 90% of the total cost of these legal proceedings, and half of the medicines have been to treat rare diseases. A new approach is needed to avoid this phenomenon.

The rapid appearance of vaccines for the prevention of COVID-19 tacitly demonstrated the importance of the pharmaceutical industry in the preservation of human life, despite the country’s internal controversies in the initial purchase of these medicines.There is a sense of pride in the sector regarding the changes in society in the face of scientific advances often related to the pharmaceutical industry, as happens with vaccines, which allowed us to defeat the pandemic and gave us a learning experience on how to deal with possible new diseases that affect people collectively.

Constantly learning from health crises and the emergence of new diseases is an encouragement to move forward with an eye to the future, based on new scientific developments. If fatal diseases such as AIDS, which in most cases were fatal until a few decades ago, are now fully controllable, new therapies based on genetic research would bring about a new leap in treating countless diseases.

Learning from health crises and the emergence of new diseases is an encouragement to move forward with an eye to the future, based on new scientific developments.

It is necessary that legislators of public policies in the medical area think beyond budgetary tables and give space for the segments of society related to the treatment of diseases, that is, those who work with the public directly and care for the sick, to offer new reflections and visions for modernizing these policies. An evolution in the role of medicines offered in the country can produce many benefits for society in terms of well-being, happiness, peace of mind, and productivity. We are talking about the price given to the health of Brazilians, who have the right to have access to the same medicines offered in countries that develop more adequate evaluation structures for more complex therapies, such as those used in rare diseases.

An evolution in the role of medicines offered in the country can produce many benefits for society in terms of well-being, happiness, peace of mind, and productivity.

As TEVA, the world leader in generics and with a strong presence in innovative medicines, we understand the complexity of this matter. We will always be ready to contribute to this debate so more patients can access the therapies they need and that are available. 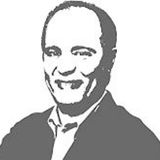 Roberto Rocha
Managing Director of Teva Brazil
Roberto Rocha is the Managing Director of Teva Brazil. A business administrator with a Master's degree in Production Engineering and leadership training courses at business schools such as Harvard, Wharton, and IPADE Mexico, he has more than 28 years of experience working in the pharmaceutical industry worldwide. He is an experienced executive with multicultural skills that have adapted throughout his career to diverse and dynamic business environments in regions such as Latin America and Eastern Europe.