Climate change is very impactful on our lives, and the proof of this matter is piling up. In Spain, the heat waves over this summer, 2022, have extended over forty-two days -seven times more than the average calculated between 1980 and 2010- the area burned by sixth-generation fires (which release so much energy that they are capable of modifying the meteorology of their environment) related to climate change already exceeded, in mid-August the sum of the area burned in the previous four years combined. The drought is drying up wetlands, emptying aquifers, ruining crops, and leaving populations without water to drink.

This information isn’t news, as a matter of fact, it’s concerning. Hence, the European Green Pact, adopted in 2019, and the Next Generation program agreed upon at the beginning of the pandemic, were presented as guidelines for Europe to accelerate the process of transitioning to a greener planet and put efforts towards global leadership in the fight against climate change. When Ursula von der Leyen, newly elected president of the Commission, attended the COP25 climate summit in Madrid to present the European Green Pact, she wanted to make it clear that it was not about European green or energy policy, but about the development model for Europe. That was what was going on in February 24th, when Vladimir Putin invaded Ukraine and the world changed. Especially the energy sector. In this scenario, the challenge becomes more complex. It is necessary to stand up to Putin and win the climate war. To achieve this, we should follow these indicators.

1. The urgency of addressing this situation: With inflation hovering around 11%, an energy crisis having a major impact on the price of energy, and the medium-term threat of supply problems, the priority must be to address the urgency of all this for societies that have been seeing rising inequality rates, social unrest and democracies being questioned for years.

With inflation hovering around 11%, an energy crisis having a major impact on the price of energy and the medium-term threat of supply problems, the priority must be to address the urgency of all this for societies that have been seeing rising inequality rates, social unrest and democracies being questioned for years.

This could generate contradictions such as the subsidization of gas or diesel in several European countries including Spain, or the momentary return to the use of coal where it had already been eliminated. Addressing the urgency means taking steps in the opposite direction and deviating from the path set by all previous strategies. It could be argued that not providing them would exacerbate inequalities, increase discomfort and make the necessary transition even more difficult. If so, it’s essential to distinguish short-term measures from those that may be proposed in the medium and long term, limiting as much as possible in time those that are contradictory to the objective of decarbonization.

While short-term measures are being implemented, there’s a priority to design, activate and implement policies that can address the crisis situation resulting from the war without incurring in these contradictions. If war makes it complicated to follow the green path, we need to try to make that period of time as short as possible, so we can return immediately to the only path that guarantees the sustainability of life on the planet: decarbonization of the economy.

2. Discussing the models: the conflictive conversation about ecological transition involves different ideologies. The main point of this discussion has nothing to do with economic or technological matters, aspects which have progressed massively over the past years. There are different models for achieving the goal of decarbonization that involve different roles for the state, the market and society. From those who advocate leaving the transition in the hands of the market, to the proponents of degrowth, there is a wide variety of proposals with more or less emphasis on social justice and more or less faith in technology. Each of them has such far-reaching economic, social, and political implications that they make it one of the most important ideological debates of the moment. The time to discuss these projects in depth has come because they shape different models of society with strong political implications.

3. Rethinking security: Russia’s invasion of Ukraine has highlighted the enormous insecurity facing Europe. This is caused by two factors: one of them being its dependence on fossil fuels that cause climate change, and the other being unfriendly suppliers such as Russia.

As of today, we can clearly state that if Europe is supplied with renewable energy it is a safer Europe in many respects. At a time when the concept of strategic autonomy is key to the development of the Union, this issue must be the main focus. There will be no autonomy in Europe as long as there is no autonomy in the field of energy, on which the whole economy depends.

If Europe is supplied with renewable energy it is a safer Europe in many respects. At a time when the concept of strategic autonomy is key to the development of the Union, this issue must be the main focus.

European citizens have been aware of these shortcomings during two very difficult crises: in the pandemic when Europe did not have access to basic supplies such as masks or respirators; and in the war triggered by the invasion of Ukraine, where the debate has shifted from wondering whether Europe would have the courage to stop buying gas and oil from Putin, and thus stop financing the war, to rushing to improvise immediate solutions as Russia gradually shuts off gas supplies. No one would understand if Europe did not work to achieve this strategic autonomy in all aspects as soon as possible.

There was never a statement about the ecological transition being easy or linear. It implies rethinking the foundations of the economic model, adapting lifestyles and society, and imprinting a transforming force that can only come from the political side in collaboration with all the actors. Now, paradoxically, the war in Ukraine has made the situation more evident, by putting us in front of the mirror of our contradictions, and more difficult, by placing us on a precipice that makes it difficult to look beyond. Objective: stay the course. 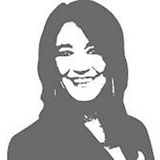 Cristina Monge
Professor of Sociology at the University of Zaragoza
She is a specialist in sustainability and democratic quality and especially in governance for ecological transition, a subject on which she collaborates with various institutions. She is a political analyst for El País, Cadena Ser, and other media outlets, president of Asociación Más Democracia, and member of LLYC's advisory board.