Uncertainty and the State

We are living in uncertain times. There are a number of Anglo-Saxon magazines that explicitly prohibit the use of this phrase to start an article in their style manuals. Since the 1990s, we have heard this phrase many times, but the fact we live in uncertain times is oftentimes untrue. It may seem like we are living with more uncertainty than in the past, but, this is not true. Still, this should not diminish the feeling of being overwhelmed when we experience stressful situations, but rather it makes it more relevant. Why have we become more uncomfortable with uncertainty today compared to the past, when that word was not even part of our everyday vocabulary back then?

It may seem like we are living with more uncertainty than in the past, but, this is not true. Still, this should not diminish the feeling of being overwhelmed when we experience stressful situations, but rather it makes it more relevant. Why have we become more uncomfortable with uncertainty today compared to the past

After a long pandemic, and in the midst of an inflationary crisis as well as a war in Europe, living on Earth in 2022 is less uncertain than it has been for previous generations. There is no need to go back to the savannah when a lion’s paw could easily tear us from this world, or go back a century when infections could kill us in slow agony. In the corners of the world where the supposed glory days of post-World War II prosperity took place (i.e., in the West and in a corner of the Pacific), millions of people lived in squalor. The probability of dying was way higher than today.

Uncertainty has been structured in the history of mankind and that’s why our ancestors developed cultural antidotes. The most obvious is religion since it is a way of weathering the cosmic chaos that has been with us for millennia. Thus, the oldest artistic expressions we know of were religious creations. Our ancestors drew the entities that inhabited the distant world, such as spirits of the dead, lion-men, or bird-women as well as with the real objects that surrounded them, like flowers, bison, the moon, and stars.

Recent archaeological research has overturned the traditional premise that religion was a consequence, an annoying and curious appendage to social development, to conclude that, on the contrary, it was really a part of the foundational mortar of human agglomerations. Temples did not emerge from cities, but instead, cities emerged from temples. A well-known virtue of religion is that its norms of behavior facilitate human coexistence like the famous saying, “Thou shalt not steal, etc.” But religion has another adaptive advantage that only now, as we are losing it (this is what happens with culture, which, as psychologists say, is something we do not know how to define and protects us from evils we cannot describe), we are also beginning to appreciate: Managing the uncertain.

In a world without God, uncertainty rests on the shoulders of each individual: Essentially you are responsible for what happens to you. There is no divine plan to hide behind and you are the ultimate repository of all the frustration you get from the world: From the illness of a loved one to the cruel murder of a stranger.

However, religion has a dark side: People can be relegated to being mere pawns of the gods, to wander uncomplainingly through this vale of tears waiting for a paradise after death. However, over the centuries, we have been molding religion to accommodate individual freedom of choice, and free will, within the religious narrative. Little by little, prophet by prophet, synod by synod. According to philosopher Larry Siedentop, the very concept of “The Individual” is directly indebted to the Judeo-Christian religious tradition.

Modern religion has thus allowed for a balance, however precarious, between the existence of a God that relieves the anxiety produced by the uncertainty of the world and the ability to act responsibly and freely. But, during the process of accelerated secularization, we have thrown the divine out the window. A majority of us have become godless, naked in the face of stark uncertainty. Religion was like hot spices for many cultures, which have been used to cook for centuries without also realizing they had crucial antibacterial functions. Something similar happened with religion. We’ve stayed away from it and have forgotten its beneficial characteristics.

We will find a substitute to help deal with the uncertainty. There are several candidates like progress, Mother Nature, etc. But, it will take time. For the time being, the replacement we have adopted, again, not fully consciously, is the State. We ask you to solve a growing number of life’s vicissitudes, from childhood to old age, from health care to housing. Still, the powerful Leviathan could not solve all our worries and eliminate uncertainty at the root that accompanies us unfailingly from the cradle to the grave, passing through fiercely competitive educational and work environments.

Surveys indicate an increasing association between citizens’ satisfaction with democracy and their level of happiness. With one exception: Religion. For the rest of us, every day, our satisfaction with life depends a little more on what our democratic states give us. And since we are now given little, we suffer not only disaffection with politics, but many are also experiencing spiritual uneasiness.

Surveys indicate an increasing association between citizens’ satisfaction with democracy and their level of happiness. With one exception: Religion. For the rest of us, every day, our satisfaction with life depends a little more on what our democratic states give us.

Politics has made many people unhappy. This is because the State now carries the excess of public debt and the weight of all the uncertainty of its citizens on its shoulders. 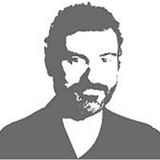 Víctor Lapuente Giné
Professor of Political Science at the University of Gothenburg
Doctor in political science from Oxford University, columnist for El País, and contributor to Cadena SER. Some of his books include “El Retorno de los Chamanes” (The Return of the Shamans). “Los charlatanes que amenazan el bien común y los profesionales que pueden salvarnos” (The Charlatans Who Threaten the Common Good and the Professionals Who Can Save Us) and “Decálogo del buen ciudadano” (Ten Commandments of the Good Citizen). “Cómo ser mejores personas en un mundo narcisista” (How to be better people in a narcissistic world), both from Peninsula Publishing.