Central America and the United States: not pessimistic, not optimistic

IDEASUNO MagazineCentral America and the United States: not pessimistic, not optimistic

After Donald Trump’s election, Central America has gone from an exacerbated pessimism to an optimism that must be based on relevant facts. We propose caution. The French Nobel prize winner Romain Rolland’s phrase is attributed to Gramsci which, paraphrased would be: that I am a pessimist because of intelligence, but an optimist because of will. In this regard, it makes sense to think of “intelligence” as the current situation and “will” as the responsibility to find opportunities within this and in any other situation. To understand Central America, it is important to specify different levels and blocks. For this reason, it is opportune to identify political, economical and social interests, according to which of the following regional sub-blocks they belong to:

In addition to the above, the Central American Integration System (SICA) also counts Belize (the only English-speaking country on the isthmus) and the Dominican Republic (the only member of SICA not on the isthmus) within its members. These countries do not share as many characteristics and common interests with the other countries, and at the same time, they are very influenced by the Caribbean.

THE TRUMP ADMINISTRATION AND CENTRAL AMERICA

The arrival of Donald Trump’s administration worries the region due to their closeness and the influence that the United States has. That is all due to the rhetoric used in Trump’s campaign which was based on the notion that the interests of the United States must be placed before all others. On the other hand, during the Obama administration, the relations were friendly and stable. This allowed for the consolidation of new investments and a larger number of tourists’ visits, despite the varying trade flows.

However, during his first few months in office, president Trump has not given any signs of trying to change the US’ foreign policy in general terms, regarding Central America, and likewise there does not appear to be any signs of change from the region either. The United States did advertise that it planned on cutting resources aimed at international cooperation in the region to prioritize security.

Countries in the region of Central America highly depend on the economic situation of the United States, due to the fact that it is their main trading partner, both in terms of investment and tourism, but also regarding goods and services exports. A more protectionist trade policy by the United States would translate as a complicated situation for Central American countries, and would further deepen the violence and migration crises that many of those countries are experiencing.

Even so, the trade authorities in the Central American countries which are members of the Free Trade Agreement (CAFTA-DR) between the United States, the Dominican Republic and various Central American countries–Guatemala, Honduras, El Salvador, Nicaragua and Costa Rica–have not received reports of any intentions coming from the United States, to modify this instrument and they even bet on reinforcing its legal security. The same is expected in the case of the trade agreement which the United States holds separately with Panama. Belize does not have any kind of instrument of this nature and is thus more exposed to the consequences of any unilateral decisions.

It should be noted that both CAFTA-DR and the trade agreement with Panama, represent low figures in relation to the total trade flow of the United States. This is different to the North American Free Trade Agreement (NAFTA) in which the United States has a trade surplus, which for the protectionist politicians of Trump’s administration should not represent a risk.

Further from the CAFTA-DR, other widespread measures of economical policy consist of the imposing of taxes on imported merchandise, the taxing of companies which outsource and the repatriation of companies that work in tax free areas outside the United States. This, together with the claim to lower corporation tax from 35 percent to 15 percent, could motivate local investment and the withdrawal from the Trans-Pacific Partnership (TPP), which could have an impact on Central America.

Social exclusion and poverty generate a migratory phenomenon, in which people decide to move towards areas where there are better opportunities. This creates an important tension in immigrant receptor countries, due to the culture shock and supposed facts that foreign people “take work away from the natives” or “they come to commit crimes.” The countries in the Northern Triangle are most affected by this reality.

In this regard, a more active policy of deportations would lead to a reduction of the remittances which give currencies to these countries. Likewise, the reinforcement of the United States’ southern border could create a revival of people trafficking organizations, generating more serious human rights violations than those happening right now.

In terms of cooperation, the Trump administration has just laid out significant cuts to Central America, regarding the development aid and institutional strengthening that had been boosted under the previous government of Barack Obama. Comparing this period with 2016, Guatemala would receive 80.7 million dollars, compared to the 131.2 million dollars that it did receive; Honduras would be left with 67.8 million dollars, rather than the 98.2 it received; El Salvador with 46.3 million dollars instead of 67.9; Nicaragua with 200,000 dollars instead of 10 million; Costa Rica 400,000 dollars instead of 1.8 million; and Panama with 1.2 million compared to the previous 3.3 million. These reductions may receive opposition and not be settled on, but they demonstrate a clear positioning of the new government regarding these issues.

We are obliged to look for existing opportunities in the relations with the United States, amidst the uncertainty that the Trump administration still represents for our region

LINES OF ACTION FOR COMPANIES

Amidst this complex situation, it is vital for companies to be prudent, endeavoring to count on precise and opportune information and avoiding taking business decisions based on rumors or journalistic news. It is appropriate to attend to the advice of an adviser who is specialized in public and international matters to thus have an informed light to lead the way.

In Central America, following Barbara Ward: “We have the duty to hope.” We are obliged to look for existing opportunities in the relations with the United States, amidst the uncertainty that the Trump administration still represents for our region. 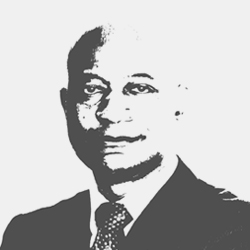 Pablo Duncan-Linch
Senior Partner at CLC Comunicación, an affiliate of LLORENTE & CUENCA in Central America
Duncan-Linch holds a Master’s Degree in Political Science from the University of Costa Rica and another one in Economics and Law from the University of Castilla la Mancha. He graduated from the University of California, Irvine, with a Master’s Degree in Corporate and Business Communication. He is a specialist in public and regulatory affairs, public image, stakeholder management, risk assessment, legislation affairs and management of corporate reputation crisis. Duncan has worked as Consultant for the Organización de Consultores Políticos de Latinoamérica, has been Manager and Supervisor of the Chamber of Exporters of Costa Rica and member of the Comisión Internacional de la Cámara de Industrias. [Costa Rica]