Does every Trump have a silver lining?

I am not particularly into believing the popular wisdom that phrases such as “every cloud has a silver lining” allegedly conjure up. But in the case of Donald Trump’s triumph, maybe it is possible to affirm that thanks to his threats and grotesque hand slapping, he has shaken the Mexican conscious, especially in terms of the more than six million undocumented Mexicans that
live in the United States, as well as in terms of the unresolved issues of the North American Free Trade Agreement (NAFTA).

This effect can be clearly seen when compared to the high number of deportations that were carried out during the eight years of Barak Obama’s government. Despite the record amount of deportations, the activism and initiatives in defense of the Mexican migrants happened little by little. In Obama’s smooth way, his discourse was always in favor of human rights, and his pretext to proceed with the deportations as a demonstration of political will towards the Republicans in order to get approval for the integral migratory reform and the Deferred Action for Childhood Arrivals (DACA) initiative, numbed the reflexes to defend our communities abroad. Nearly three million deportations during these eight years and there was not an important budgetary change for the Ministry of Foreign Affairs to strengthen the labor of the protection of the consulates.

In the comfortable agreement with the Obama administration, the Mexican government took on the sad role of “Chief Deporter” of Central American migrants and proceeded to militarize the southern border

Likewise there were no budgetary improvements along the lines of the Ministry of the Interior or of the National Institute of Migration, destined to the protection of migrants. On the contrary, in the comfortable agreement with the Obama administration, the Mexican government took on the sad role of “Chief Deporter” of Central American migrants and proceeded to militarize the southern border; that is the meaning of the Southern border Plan.

Donald Trump’s unexpected triumph was a shock of thousands of volts, and one of those was healthy. The illusion that Trump would assume a presidential role was soon shattered: every appointment, every Executive Order, every memorandum… they proved that the anti-Mexican verbosity employed throughout the campaign would continue to be present in the public policies of the new administration.

In the civil society, two noticeable initiatives emerged: the Agenda Migrante, driven by Eunice Rendón, Jorge Castañeda and Héctor Aguilar Camín; and Operation Monarch in the Republican Senate. In the United States, the years of work and experience gathered in the most active Mexican consulates–which immediately provided a great wealth of information about the possible modus operandi of the coming deportations–allowed for the activating of contact networks with well-organized Mexican and Central American communities settled “on the other side.”

In the Mexican Congress, where we have not managed to move a millimeter of the budget received in tax to foreign affairs, what has been achieved is the administration’s commitment to dedicate the thousand million pesos that the National Electoral Institute had renounced for the construction of a new building for consulates. Members of the Commissions for Foreign Affairs, from both Chambers, go over the consulates and interview with local police, U.S. authorities, Immigration and Customs Enforcement (ICE) and owners of detention centers, to make them aware that we are of the violations of rights of Mexicans and Central Americans, and we are entering into dialogue with the local and federal legislators, we unite our strengths against anti-Mexican initiatives, like in Arizona, and we support Sanguinary City initiatives such as in California.

Ironies from history, but perhaps we have to thank the worst president in the recent history of the United States for waking Mexico up

In particular, the Agenda Migrante became a forum in which Mexican governmental authorities from both sides of the border, migrant organizations (also from both sides of the border), legislators, journalists and lawyers specializing in migration came together. This initiative gained the trust of migrants who were at risk of being deported. We listened to their testimonies, their experiences and frustrations when trying to go back and live in Mexico, their stays in detention centers, their specific petitions: legal defense to lengthen their stay in the United States, legal orientation to protect their children and property in the case of deportation, obtaining appropriate identity papers that work in Mexico, opportunities for reintegration.

The reality soon hit that this was a far cry away from adequately serving the migrants. The initiatives and good intentions take time to be implemented, bureaucratic habits are difficult to break and there is an ever increasing number of deportees with a different profile to those deported in the previous administration, who have been living in the United States for longer, being well integrated in their communities and not having committed any relevant crimes, this proves what the Mexican authorities and initiatives need to do and the challenges they face.

In terms of the North American Free Trade Agreement (NAFTA), I would only add that the arrival of president Trump has also been useful to put pressure on the abysmal salary gap between the United States and Mexico. Many of us have reported the precariousness of the minimum wage and we have campaigned for it to be improved, but this has only been taken seriously when this indefensible injustice threatens the continuity of NAFTA. Ironies from history, but perhaps we have to thank the worst president in the recent history of the United States for waking Mexico up. 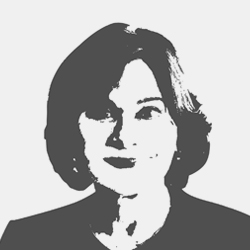 Cecilia Soto
Federal Deputy for the Partido de la Revolución Democrática
She is Federal Deputy for the Partido de la Revolución Democrática and presides over the Commission in Mexico City. She holds a degree in Physics from the Universidad Nacional Autónoma de México and is a Founder of the Frente Democrático Nacional party (1987) and the campaign of Cuauhtémoc Cárdenas in 1988. She was a Local Deputy in Sonora (1988-1991), a Federal Deputy during the 15th term (1991-1994) and candidate to the Presidency of the Republic with the Partido del Trabajo in 1994. Soto was the Mexico Ambassador to Brazil (2001-2006) and Coordinator of the education program of the Carlos Slim Foundation (2008-2014). [Mexico]