No neutral ground: preparing for “activism everywhere” in the Trump era

Since the election of President Donald Trump, businesses operating in the United States and throughout the Americas have had to rethink their communications strategies and corporate positioning in reaction to the president’s unpredictable communications style, especially his avid use of Twitter to shine a public spotlight on people and companies.

Trump can have a significant impact on a targeted company’s stock price, reputation and ability to do business. His words also can impact foreign currencies, as demonstrated by the volatility of the Mexican peso since Trump took office.

Even positive attention from the president can have unexpected consequences: a “thank you” tweet from Trump to L.L. Bean, for example, prompted some customers to boycott the brand, and companies operating on both sides of the Mexican-U.S. border have had to walk a tight rope to ensure they are not viewed as supportive of the president’s views about NAFTA or border security by employees and customers in both countries who oppose the president’s views.

We have entered a new age of corporate activism, where activists targeting companies could be in the White House, or could be customers or employees, empowered by social media

Many companies are finding, however, that it is either impossible or undesirable to avoid publicly engaging the administration’s actions. Some corporate leaders publicly denounced Trump’s “immigration ban” earlier this year, while others were unwittingly pulled into the fray. For example: despite taking no immediate stance on the issue, car-service-giant Uber was perceived by some customers as trying to break a taxi strike being conducted in protest at New York’s JFK airport. Although the company has since said it was not in support of Trump’s executive order, it did not stop the hashtag #DeleteUber from quickly trending on Twitter, and eventually public pressure forced Uber CEO Travis Kalanick to resign from President Trump’s business advisory council.

We have entered a new age of corporate activism, where activists targeting companies could be in the White House, or could be customers or employees, empowered by social media. In such a combustible environment, even non-involvement can be interpreted as picking a side, which means companies may not be able to avoid the spotlight, or expect it to pass over them quickly.

In this new age of “activism everywhere,” businesses must identify their vulnerabilities to Trump-era activism: the tweets, comments and executive orders that would impact them and their relationships with key constituents. This starts with evaluating the make-up of the company’s own customer and employee bases. Who are these people, where do they live, what issues may activate them, and how do they communicate?

Uber again provides an instructive example: its users are highly likely to be younger and more urban, therefore more likely to disagree with the president’s policies, and to be active on social media. Most importantly, their relationship with the company is solely through a smartphone’s app, and can easily be severed with the press of a button. Similarly, Uber drivers, some of whom are immigrants themselves, are part-time employees who can easily jump ship to competing companies with relatively little consequence.

By contrast, Airbnb promised to give free housing to refugees and started a #WeAccept campaign. This is the same company that within the past year was the subject of a New York Times article called, “Does Airbnb enable racism?” Clearly, Airbnb saw an opportunity to realign how it is perceived by its mobile, diverse and tech-savvy clientele, even at the risk of alienating those who support limiting immigration.

The goal should be to identify the issues to which customers or employees might react negatively, and the measures they might  take to communicate their discontent

PLAN FOR THE UNLIKELY

In the new Trump-era of “activism everywhere,” companies should be conducting scenario planning and tabletop simulations to a wide array of challenges, including some that might seem unlikely. In each possible case, the goal should be to identify the issues to which customers or employees might react negatively, and the measures they might take to communicate their discontent.

To develop, play out and maintain these scenarios will require some research, the assembly of a team of outside advisors with relevant insights and active traditional and social media, monitoring to flag potentially relevant issues and public sentiment about them. Such planning should also include consideration not just of how constituencies might react but also what channels companies should use to reach them. And companies should be armed with the facts about their presence in the United States–e.g., how many people does it employ, how many customers does it have, and what philanthropic endeavors does it support in the country.

Since there is no neutral ground these days, every company needs to be prepared for action, even if it intends to stay silent, and believes it would never be targeted or involved in a Trump-related public controversy. Not to be prepared would be, in the words of a certain someone in D.C., sad.

Jeremy Jacobs
Managing Director at Abernathy MacGregor
Jacobs advises companies on financial, public and investor relations, with a special focus on high-stakes situations such as mergers and acquisitions, shareholder activism and corporate crisis. He previously worked at Fleishman Hillardand and at Joele Frank-Wilkinson Brimmer Katcher. Before beginning his career in communications, Jacobs taught English literature and writing at the University of Pittsburgh, where he received his M.A. in English Literature. He has authored articles that have been published in outlets such as Directors and Boards, Bank Board Let Directors & Boards, Bank Board Letter, and International Mergers. [USA] 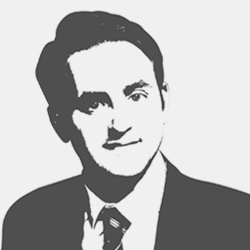 Shawn Prince
Associate at Abernathy MacGregor.
Prince provides public relations, investor relations, and transaction and crisis communications services to clients in a variety of industries. He has a range of experience communicating with a wide range of important constituencies, including employees, shareholders, customers and the media. Prior to joining Abernathy MacGregor, Shawn worked at The Foote Group, a China-based corporate communications firm, where he worked as a Research Associate. He relocated to New York after three years in China, during which he also worked for Google in Shanghai and at Sun Yat-Sen University. Shawn holds a BS in Management and Business from Skidmore College and speaks Mandarin Chinese. [USA]