The pacific alliance and the European Union

The Trump era has brought uncertainty to international trade relations, including, of course, Latin America.

Soon after taking office, the United States formally withdrew from the Trans-Pacific Partnership (TPP). This agreement, signed by various countries both sides of the Pacific, including Chile, Mexico and Peru, would become a binding part of the voluntary commitments that were taken on within the APEC framework. The United States’ withdrawal makes it more difficult to come into effect as its participation was of particular attraction for some countries, like Japan.

Also on a trade level, the United States has announced its renegotiation of the North American Free Trade Agreement signed with Canada and Mexico. These two decisions indicate the United States’ disinterest with regards to multilateral agreements and, although it has not made a great reference to them yet, the future of existing bilateral agreements does not seem to be promising either.

This situation leads us to analyze and re-evaluate other economic and trade alliances amongst Latin American countries. The most important of those, at this moment in time, is perhaps the Pacific Alliance, incorporating Colombia, Chile, Mexico and Peru. This Alliance is an initiative for regional integration, with the aim of boosting larger growth and competitiveness of member country’s economies in order to conjointly conquer other markets.

The European Union has always been a natural and historic partner of the region and one of its key foreign investors: it is on this base that both blocks could intensify their strategic links

Even if China is making the most of this “Trump era” to position itself as a possible strategic ally for Latin America, the European Union has always been a natural and historic partner of the region and one of its key foreign investors: it is on this base that both blocks could intensify their strategic links in the social, political and economical fields.

The countries in the Pacific Alliance already have bilateral agreements with the European Union. In the year 2000, a Free Trade Agreement came into effect between Mexico and the E.U.; in 2002, Chile signed the Association Agreement; and finally in 2012, Peru and Colombia signed the Trade Agreement with the E.U. However, the synergies that could be obtained in a group are greater.

WHAT DOES THE PACIFIC ALLIANCE MEAN?

A market of 220 million people, 40 percent of Latin America and the Caribbean’s GDP and 52 percent of the region’s total trade. Adding up the production of these countries, they represent the world’s eighth economy and they make up the top four places in Latin America in the World Bank’s Doing Business 2016 index, which rates the ease of doing business.

Likewise, the only Latin American countries which are members of OCDE are Chile and Mexico, meanwhile, Peru and Colombia have formally submitted requests to join.

European Union member countries have not remained indifferent to what happens in this block, becoming observers of the Pacific Alliance.

It should be pointed out that there is still a long way to go in terms of the Alliance. Its aims include encouraging regional integration, progressively advancing to achieve the free movement of goods, services, capital and people. Import taxes have already been taken off 92 percent of products, in order to increase trade in the block. Other mechanisms still need to be created such as single certificates or windows.

When dealing with investments, the creation of the Latin American Integrated Market (MILA) was a great step forward, but it still has not finished its consolidation.

If we talk about the free transit of people, tourist visas have been discarded, but work still needs to be done in terms of recognizing qualifications and work permits.

This is the moment, not just to consolidate the internal integration of the Pacific Alliance, but also to consolidate and deepen its relation with the European Union

Regarding the promoting of tourism, right now there are only direct flights between the capitals and a few other main cities, but direct routes to places of archaeological and tourist interest in each country have not been developed.

There is now a new challenge and opportunity for the future of this alliance. Although the current president of Peru, Kuczynski, has a clear position regarding the importance of the role of economic agreements, the other three countries, which make up the alliance, will soon have presidential elections: Chile in November 2017 and Colombia and Mexico in the first semester of 2018. Further from the election results, the vocation and trajectory of trade and economic opening of these countries, lead to the thought that the Pacific Alliance will prevail, stay consistent and probably be accelerated.

This is the moment, not just to consolidate the internal integration of the Pacific Alliance, but also to consolidate and deepen its relation with the European Union. This means that Spain has the space, from a European environment, to continue the leadership that it currently has, and historically had over this new Latin America. 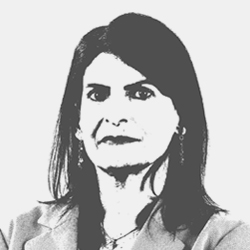 Ximena Zavala
LatAm Advisor at LLORENTE & CUENCA
She holds a Degree in Law from the Pontificia Universidad Católica del Perú and a Master’s Degree in Business Administration from the Universidad de Piura. Ximena held the position of Corporate Affairs Manager at Andino Investment. As such, Ximena was in charge of institutional relations, communication and social responsibility of the group. She previously worked as General Manager of the Confederación Nacional de Instituciones Empresariales Privadas (CONFIEP) for five years and before that as Manager of Private Investment Promotion at Proinversión. She has also been a Counsellor for the Minister of Economy and Finance of Peru, as well as Legal Manager of the Organismo Supervisor de la Inversión en Infraestructura de Transporte (OSITRAN) and the Consejo Superior de Contrataciones y Adquisiciones del Estado (CONSUCODE). [Peru]