Trump chooses his enemies: the case of Mexico

The global order, created and leaded by the United States after the Second World War sought, ever since its beginnings, to keep peace and prosperity by means of multilateral cooperation and the promotion of freedom, be it political or economical. World trade was the essence of this new system. It involved achieving the increase in the flow of goods and services between countries through the lowering of border barriers and the stabilizing of the exchange rate amongst currencies. With those goals, the International Monetary Fund (IMF) and the World Bank were created, and the agreements regarding the reduction of tariffs gave way to the World Trade Organization (WTO). The framework suggested in Bretton Woods was correct and, despite the adaptations that have been needed, it has been the platform from which a large part of humanity has been able to take off and achieve elevated quotas of sustained economic growth and greater security.

But the United States has two very different souls that are products of two very different philosophies. The main one is directly inherited from the European way of seeing the world and human existence, inspiration for the Founding Fathers’ Declaration of Independence in 1776, the Constitution in 1787, Woodrow Wilson’s fourteen point plan in 1918, or the liberal order, devised in 1945, and still in force today. But the other one has stayed dormant since the founding of the first colonies, imposing their world view in the imperial outbreak at the end of the 19th century, during the rounding up of the Indian tribes and in the treatment of some ethnic minorities. This second focus arrived in America on-board the Mayflower and, despite it including many constructive values that still survive in the American society, it also provided a puritan and predestined Calvinistic concept, with all of the implications that they entail.

This focus of the settlers in New England had its origin in duality, and it ended up separating concepts of interdependent nature in the answers that it gave to essential questions of human existence. The puritans saw the world in the most simplistic way, where the idea of bad changed from being the mere lacking of good and being present in the world in distinct degrees; to having a self-entity and identify with realities such as the human body of the material world. This pessimistic, black and white vision, to some extent legitimized for the group of predestined to impose their power in a violent way, in a hostile and ruthless world. This was a vision that was more inclined towards nationalism, unilateralism and mercantilism; and it helps to understand how it is possible for a nation that promoted the San Francisco Charter in 1945, to betray the principles that it upholds, even after having proposed it as a world project through the United Nations Organization.

It seems like he has checked a list of the nations with which the United States has the largest trade deficits and he has been able to check that after China, Japan and Germany, Mexico is very close behind

Because, as it can be derived from the study of trade relations between the United States and many of the nations that have been attacked by its army or by CIA agents after 1945, it is indisputable that the drastic and immediate increase in exports was one of the direct benefits that each armed intervention reported to the superpower. The cases of Guatemala in 1954, Chile in 1973 and Panama in 1989 and just a few examples where the elite North Americans have let the puritan soul, that bids for the control of the great nation, take over and betray their founding ideals.

The current president Trump received a Calvanist education during his childhood and that is reflected in his permanent obsession to win at all costs and in all aspects of his life. And international trade is an area of maximum relevance. Currently it is like going back to 1929 with Hoover, or even further back. For Trump, a negative trade balance with any country purely and simply represents not winning. In his Darwinian, dismal vision of the world, trade is a zero-sum game in which one country exports the most of what another country imports, and so one country wins and one loses. He resists understanding the complexity of the vision of the global market and the diversity of reasons that can cause deficits in the United States. It seems like he has checked a list of the nations with which the United States has the largest trade deficits and he has been able to check that after China, Japan and Germany, Mexico is very close behind and that there are no other Latin American countries on that list, apart from Venezuela in twelfth place. Maybe it is for this reason that Trump has chosen Mexico as the object of his fury. And given that they are so close, obstructing his way towards the “manifest destiny,” Mexico’s best hope lies in the moderate advisers in Washington being able to finally redirect the president’s stance. Or, better still, for the United States to recover its founding soul. 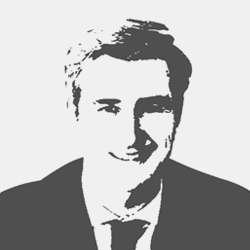 Manuel López Linares
Doctor in Economics and International Relations, and Author of Pax Americana
He holds a degree in Economics and Business from Georgetown University. He was an Intern at the European Commission Delegation in Washington, in the area of Energy and Environment, and completed this experience at the European Commission in Brussels, in the area of Monetary Policy. Manuel has worked in investment banking and analysis of the energy sector in Madrid. He is currently in charge of an investment holding and writes in the daily Expansión about international politics and economy. Simultaneously to his professional duties, he graduated with a degree in Political Science and pursued a doctorate in Economics and International Relations. Manuel is the author of the book Pax Americana. [Spain]