Before being a presidential candidate, Donald Trump was famous for having said that climate change was a Chinese conspiracy to damage the economy of the U.S.A. During the campaign he insisted that was all false; he promised to bring down the environmental regulations established by the ex-president Barack Obama, calling them “stupid” and announcing the U.S.A.’s withdrawal from the Paris Agreement for climate change.

When children study Trump’s presidency they will ask: ‘how could someone have done this?,’ because right now, the U.S.A. is a country without an environmental policy

Said and done: a week after taking office Trump authorized the building of two oil pipelines which Obama had prohibited for environmental reasons: Keystone XL and Dakota Access. And on March 28th he signed an executive order annulling all of the measures Obama had taken to protect the environment. Amongst those, he eliminated the rules of the Clean Energy Plan which put limits in place for the country’s carbon emissions.

As a Washington Post editorial said: “When children study Trump’s presidency they will ask: ‘how could someone have done this?,’ because right now, the U.S.A. is a country without an environmental policy.”

However, the decision to leave the Paris Agreement has been delayed. At the beginning of May a new postponement was announced until Trump’s return from the G7 summit. The mandate holder seems to be indecisive regarding the arguments amongst his advisers. On the one hand there are those who are pressuring Trump to leave the Paris Agreement: his vice-president, Mike Pence; his strategic advisor, Steven Bannon; and Scott Pruitt, a known enemy of the Environment Protection Agency (EPA), and who, to everyone’s amazement, Trump made administrator of said body. Bannon is radical: he denies that climate change is happening and although Pence and Pruitt do not deny it, they uphold that human activities do not contribute to it and they promote the use of fossil fuels.

On the other side of the dispute is the president’s daughter and adviser Ivanka Trump, and the Secretary of State, Rex Tillerson, both of whom are worried about the negative effects the withdrawal would have on U.S international relations.

Leaving the Paris Agreement will isolate them in a global context,
and will have a waterfall effect since petrol and mining companies and countries that have fossil reserves will have the perfect excuse to also not acknowledge the agreement

As is known, the scientific community, including NASA, considers that carbon dioxide (a sub-product of the burning of fossil fuels in automotives and factories) is the principal contributor to climate change. The scientists warn that, although the Paris Agreement looks to limit increase in the earth’s temperature to no more than two degrees centigrade above the levels of the pre-industrial era, to have a 66 percent chance of reaching this level, every new project with fossil fuel would have to be stopped right now, the decline in the use of this type of energy needs to start and clean energy systems need to be adopted around the world. An increase of more than three degrees, something that is not impossible, would produce irreversible changes on the planet and catastrophic consequences for humanity before the end of the century.

And the bad news does not stop: 2016 was the hottest year since records began, there were much more flooding, storms and droughts in different parts of the world. This April 2017, for the first time in millions of years, the concentration of CO2 in the atmosphere reached 410 ppm (parts per million) at the observatory of Mauna Loa in Hawaii. Its levels were 280 ppm in 1958 and they exceeded 400 ppm in 2013. If they reach 450 ppm, the possibilities of keeping global warming to no more than two degrees centigrade will reduce to 50 percent.

The current government of the U.S.A. so decisively opposing to the scientific conclusions–a scandalous situation that reminds us of the dark times of humanity–is not something that was conceived because Trump and his functionaries are ignorant and suffer from myopia or they are crazy, but actually because it is a plutocratic cabinet, full of millionaires and tycoons that have close ties to the fossil industries and support them, prompting an egoistic and irresponsible policy.

Considering that the U.S.A. is the biggest polluter after China, Trump’s measures put worldwide advances against climate change at risk. Leaving the Paris Agreement will isolate them in a global context, and will have a waterfall effect since petrol and mining companies and countries that have fossil reserves will have the perfect excuse to also not acknowledge the agreement.

Refusing to control emissions and launching onto the fossil industry an accelerated extraction of petrol, carbon and minerals will directly affect Latin America, whose resources are in line to be exploited by the large companies that Trump favors and that, after the crisis of prices of prime materials, due to China’s deceleration, are desperate for new investments. This means going back to a dried-out model. Furthermore, international cooperation will be broken down in order to finance the adaptation to climate change and its mitigation in the region. But even being up against this situation, Latin America should not give up defending the planet in front of the biggest challenge of its history: allowing the Earth to be habitable for future generations. 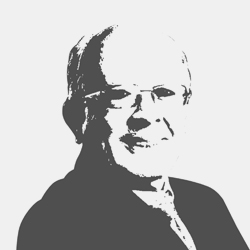 Gonzalo Ortiz
Director of Gestión Magazine
Ortiz is a sociologist, journalist, historian, translator, novelist and university Professor. He is the Author of fourteen books; Co-Author of 25, Editor of eight and Translator of three publications. Gonzalo is a member of the Academia Ecuatoriana de la Lengua and of the Academia Nacional de Historia. He was Deputy Major of Quito (2009) and City Councillor (2003-2009). He held the position of Secretary-General of the Presidency during the Rodrigo Borja Government (1990-1992) and previously he was Secretary of Social Communication (1988-1989). Gonzalo has been a university Professor for over thirty years. He has held different positions during his fifty years working as a journalist, from reporter to editor, in several Ecuadorian newspapers and TV channels. Gonzalo was the Latin America Manager of the IPS agency. [Ecuador]