U. S.-Dominican relations in the time of Trump

We live in tumultuous times. It is a period not unlike that between WWI and WWII. Antonio Gramsci, an Italian intellectual imprisoned by Mussolini in 1929, put it quite succinctly in Prison Notebooks: “The old world is dying and the new world struggles to be born. Now is the time of monsters.”

The old world was that of the collapsing empires of Europe and the new world was a chaotic struggle between contending visions for the ascendant types of nation state: fascism, communism or liberal democratic capitalism. That struggle between competing forms played out: in WWII, in which fascism was defeated; through the Cold War and the collapse of the communist Soviet Union in 1991; and culminated in the accession of the People’s Republic of China to the World Trade Organization in 2001. Liberal democratic nation states, led by the United States and powered by market economies, won the day and presided over a rules-based system of international institutions. A happy ending, or so we thought…

Since the financial crisis of 2008, a growing sense of economic vulnerability and the fear that one’s cultural identity is under siege, have given rise to populist and nationalist movements–particularly in the more developed countries of Europe and the United States, where globalization and liberal immigration regimes are most advanced.

Donald Trump effectively tapped into this growing sense of economic and cultural anxiety. His rhetoric was frequently extreme and often self-contradictory, but he was able to win a historic victory. What remains to be seen is what specific policies he will bring forward and what he will be able to get through in an increasingly polarized Congress.

Trump’s national security team is competent and experienced. The board they inherited includes a Eurasian landmass convulsed from one end to the other. Indeed, some of the few places of relative stability and growth are Latin America and the Caribbean. The Trump national security team will have its hands full managing crises on the far side of the globe for the foreseeable future, and they understand that the United States’ ability to project force globally is predicated on a stable western hemisphere. The most significant threat to the US national interest in the region comes from a near-shore collapsed state that could generate a massive refugee crisis. Beyond that contingency, for better or worse, the administration will likely be focused elsewhere.

On the trade front, the gap between campaign rhetoric and actual policy is wide. While President Trump pulled the United States out of the Trans-Pacific Partnership (TPP) as one of his first executive actions; the reality is that TPP would have been very difficult to ratify in the Congress. The big campaign trade theme was “tearing up” the North American Free Trade Agreement (NAFTA) and renegotiating a better deal bilaterally with Mexico and Canada.

On May 18th, the recently confirmed US Trade Representative, Robert Lighthizer, formally notified Congress of the administration’s intent to renegotiate NAFTA, initiating a 90-day congressional consultation period. Lighthizer expressed the hope that the negotiations could be conducted trilaterally, albeit with some specific issues being addressed bilaterally. He also said that NAFTA had been successful for many US sectors, including agriculture, investment and energy. The main concern has been the loss of manufacturing jobs.

The administration has yet to articulate specific objectives for a re-negotiated NAFTA, but they have indicated they will: “Seek new provisions to address intellectual property rights, regulatory practices, state-owned enterprises, services, customs procedures, sanitary and phytosanitary measures, labor, environment and small and medium enterprises.” This language is much cooler than that of the campaign rhetoric.

The administration intends to review all Federal Transit Administrations (FTA), but it is not clear what metrics will be used. Most likely, the primary metric will be the trade balance, and by that measure the Dominican Republic and Central America will most likely pass scrutiny as the US has a trade surplus with these countries. We can probably expect a review and strengthening of intellectual property rights, labor and environmental chapters–to get them more in-line with more current FTAs–and the addition of a chapter on digital and e-commerce.

Overall, we do not expect significant changes to the core elements of Dominican Republic-Central America Free Trade Agreement (DR-AFTA).

For the Dominican Republic, the biggest downside risk on the trade front has nothing to do with the trade agreement but rather with the tax reform. As part of the tax reform proposal being considered in the House, Speaker Ryan has put forward the concept of a border adjustment tax (BAT) to help pay for reductions in marginal tax rates on corporations and individuals. A BAT would be extremely disruptive for US-Dominican supply chains, and manufactured exports. While the prospects of a BAT are diminishing as it becomes better understood, it should be closely monitored.

The U.S. tax reform of marginal corporate rates, as well as taxes on repatriated profits, will inevitably impact investment flows. In this regard, it is important for the Dominican Republic to review its fiscal policies to insure it remains competitive to ensure continued foreign direct investment. If the Dominican Republic can do that, while maintaining the core elements of DR-CAFTA, it will be well positioned to attract investment in near-shore manufacturing and logistics operations. 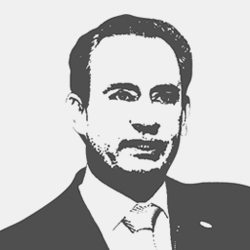