U.S.A. and Mexico, trade across the border

When we think of the Mexican automotive industry, we imagine a production line where cars are made. However, we rarely consider that the industry includes more than cars, but also cargo trucks, passenger buses and, of course, the entire supply chain which maintains the industry.

Most people know–or have some kind of idea–that Mexico is an important car manufacturer on a global scale. However, only few people know that in 2016 Mexico was the world’s 6th biggest manufacturer of heavy vehicles and the biggest exporter of tractors.

As a heavy-duty vehicle industry, we should promote the region of North America against other regions of the world

The manufacturing of tractors is a complete example of the high commercial integration that exists between both countries. The world’s most sold tractors are made in Mexico and they contain motors produced in the United States. In Mexico, the motors for heavy vehicles are not manufactured and, much like it happens with motors, there are many parts that cross the border various times throughout the manufacturing process and end up as a final product in the U.S.A., with a large part of them having been made there. The much mentioned trade deficits should be deeply analyzed in light of examples like the ones mentioned above.

For heavy-duty vehicles, the North American Free Trade Agreement currently makes up for around 60 percent of the regional content, with these being the highest percentages of any industry. It has been commented that Mexico would not allow the implementation of any kind of tariff or quota. Consequently, it is most likely that a great part of the discussion is based on the regional content, at least with manufactured products.

In this sense I feel that it is important to highlight two points taken from the five principles and objectives under which the NAFTA negations will take place, these were mentioned by President Peña Nieto a few weeks ago:

Within this last one in particular, the speeding up of border crossing would have a win-win effect for both countries. It would considerably boost productivity for the industry, and would be centered on an important part of NAFTA, as services are, especially those of cross-border transportation which have not been developed since its integration was suggested 25 years ago.

Should the negotiations not be fortuitous and either Mexico or the U.S.A. were to withdraw from the NAFTA, tariffs would come into force, registered in the U.S.A. in the World Trade Organization, with 4 percent for tractors, 25 percent for single trucks and 2.5 percent for buses. Other possibilities, such as the Border Adjustment Tax (BAT) are losing strength each day.

Ever since the renegotiation of NAFTA was announced, the speculations about its future have varied day by day, especially when listening to the declarations from the North American authorities. Gradually they have been moderating their discourse, quite probably thanks to their better understanding of the integration that we have as a region, which although it is not perfect, is beneficial for both nations.

The negotiation will take more than a year and the starting point will be the notification from the Executive to the U.S. Congress which, by the time this is published, will surely already be known.

For 25 years we have worked under this framework and the new NAFTA will define the future of foreign trade in the region. The greatest trade integration between the three countries that make up North America can only make us more competitive and make our economies stronger. A negotiation that steps further than the electoral circumstances that await the United States and Mexico, and that should be a priority for all involved. 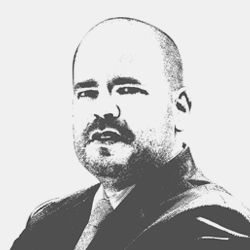